‘Enchanted 2’  (titled as  ‘Disenchanted’)  is an upcoming  American  live-action/animated  musical  fantasy  romantic  comedy film.  It is produced by Walt Disney Pictures  and written and directed by Adam Shankman.  The film is a sequel to the beloved 2007 film  Enchanted.

Producers of this film are Barry Josephson and Barry Sonnenfeld.  Jo Burn, Sunil Perkash are executive producer of this film.

But, what can we expect from ‘Disenchanted’? Here’s everything we know about this film so far:

Also Read: The Little Mermaid (Upcoming Film) | Everything You Need to Know 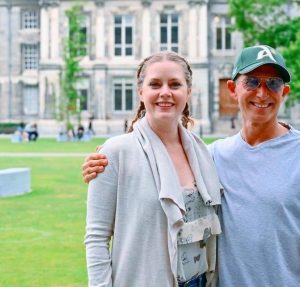 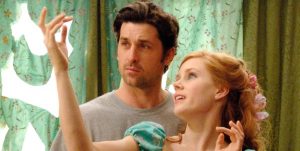 The story is set 15 years after Enchanted,  which found fairy-tale princess Giselle banished from her kingdom of Andalasia  to Manhattan.  Disenchanted returns us to the world of Giselle (Amy Adams) and her pragmatic divorce lawyer husband,  Robert (Patrick Dempsey),  they have since moved from  New York to the suburbs with Morgan.  Morgan who is the daughter of Patrick,  is now a teenager.  When Giselle begins to question her happily ever after,  she wishes that their   lives were the perfect fairytale.  However, her wish turns both her real life and her animated home of  Andalasia  upside down.

The Woman in the Window | Everything You Need to Know 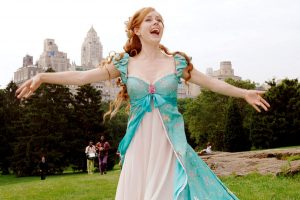 Disenchanted  will include new songs from Menken and Schwartz.  In March 2020,  during the Broadway Rosie  O’Donnell  show benefit,  Alan Menken revealed that he and  Stephen Schwartz were already writing the songs for the film. They originally worked together on Enchanted  and received three  Academy  Award nominations.

On May 14,  2021,  in a newsletter,  Schwartz revealed that the film will have seven songs (two more than the first film)  plus reprises.  He added that unlike the first film,   which had the song spots already written in the script,  he and Menken were collaborating with the  director and screenwriter for more organic song spots. He also revealed that Nancy  (Idina Menzel)  would have a solo song and be part of another song.  Nancy initially had a song in the original film,  but it was cut.

Also Read: Ladybug and Cat Noir Awakening | Everything You Need to Know

On August 4,  2021,  director and producer Adam Shankman (Hairspray)  announced that the film concluded production in Ireland  and is on the way.

“Myself  and  Giselle…errrr…[email protected]  would just like to say:  And that’s a wrap.  #Disenchanted  Coming to you in #2022,”  he wrote on Instagram alongside a photo of himself with Amy Adams,   who stars in the movies as Princess Giselle.

The highly anticipated sequel has been in development since early 2010.

Disenchanted filmed on location in Ireland,  specifically in  Wicklow  and the areas around it,  with Adams and Dempsey spending the past few months here.  The picturesque villages of Enniskerry  has now become the suburb of Monroeville and a fairytale village.

Enchanted 2  will premiere exclusively on Disney+  in 2022.

Meanwhile to, keep yourself updated about new animated film  The Addams Family 2  with our article based on the latest information.

Trailer is not available yet. Sorry for this.

Shankman said,  “working  again  with Disney  has been  like  coming  home.  With Amy and this extraordinary cast,  Alan and  Stephen’s  mind-blowing new score,  and Barry and  Disney’s   support,  I just hope to bring magic and  joy to audiences around the world.”

The film is finally coming out in 2022,  exclusively on  Disney+.

The sequel is also one of many new Disney movies headed our way,  including the likes of  Jungle Cruise, Pixar animated movie Luca,  and  live-action  prequel film Cruella.

So, these are the major information about this sequel film. We’ll update this as soon as there’s any official confirmation about the release date and trailer. Are you excited to watch it? Let us know in the comments section.