The film is a sequel to “The Addams Family,” (2019) the most recent feature film based on the characters created by cartoonist Charles Addams.

Executive Producers of this film are Jonathan Glickman, Cassidy Lange and Andrew Mittman

But, what can we expect from ‘The Addams Family 2’ ? Here’s everything we know about it so far. 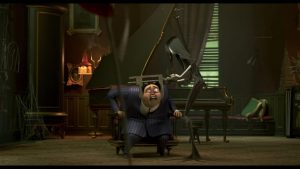 Everyone’s  favourite  spooky  family,  The Addams Family, is back in the sequel. In this new movie, we find Morticia and Gomez are frantic that their children are growing up, skipping family dinners, and consumed with “scream time.”

To redeem their bond they decide to cram Wednesday, Pugsley, Uncle Fester and the crew into their haunted camper and hit the road for one last miserable family vacation. Their adventure across America takes them out of their element and into cheerful run-ins with their iconic cousin, it, as well as many new kooky characters. What could possibly go wrong? 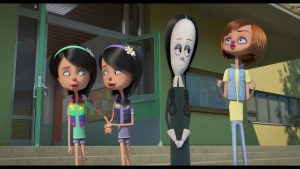 The Addams Family 2 will be released in theaters October 1, 2021 via MGM’s United Artists Releasing banner.

Sony’s Hotel  Transylvania: Transformania  was in a tricky spot on its previous date of July 23,  in the wake of Warner Bros.’  long-awaited  Space Jam 2  on July 16 and ahead of Disney’s  Jungle Cruise on July 30.

On October 15, 2019, amid the opening weekend box office receipts for “The Addams Family,” it was announced by Metro-Goldwyn-Mayer that a sequel entitled The Addams Family 2 is scheduled for release on October 22, 2021.

Then, in October 2020,  “The Addams Family 2”  unveiled a new poster and also confirmed it was pushed forward two weeks to a new release date of October 8, 2021. In January 2021, as MGM was shuffling around release dates for some of its biggest upcoming features, it was again pushed forward one week to October 1, 2021.

MGM has released an official trailer for the upcoming film  ‘The Addams Family 2’  on July 7, 2021. If you haven’t watch it yet, so you can check it here:

If you watch the trailer, so let me know, how was the teaser? Did you like it? via comments section.

“The success of last year’s  animated film was proof of the enduring legacy of  The Addams Family and its ability to transcend popular culture.  This second film will be every bit as fun as the original.  We are thrilled to welcome Bill Hader and Javon Walton, and to welcome back our incredible original cast for this exciting next chapter in the Addams’s  journey.”

The original film was released on October 11, 2019, it grossed $204 million on a $24 million budget. It also received positive reviews from critics for the performances and animation and mixed reviews for its narrative and screenplay.

The frequent jumping of  movies  around the calendar only sends mixed messages to moviegoers, especially on long-lead campaigns.

As of July 5, 2021,  Sony recently hop-scotched  Peter Rabbit 2  around the summer calendar,  has grossed $35 million in the United States and Canada, and $92.1 million in other territories, for a worldwide total of $127.1 million.

So, are you ready to watch ‘The Addams Family 2’? Are you excited for it? Let us know via comments section.