‘Ladybug and Cat Noir Awakening’  is an upcoming computer-animated musical film. Directed and written by Jeremy Zag the film is based on Miraculous: Tales of Ladybug & Cat Noir.

Six-time Grammy-winning  producer and composer Harvey Mason Jr. is composing the music for the movie project with the film’s director, Jeremy Zag.

The film is being made by the Zag Company and The Awakening Production. Producers are Zag and Aton Soumache and executive producers Alexis Vonarb and Emmanuel Jacomet.

But, what can we expect from ‘Ladybug and Cat Noir Awakening’. Here’s everything about this film: 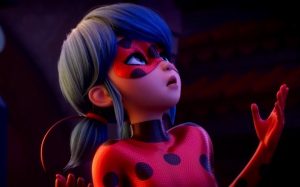 Ladybug and Cat Noir awakening will follow two Parisian teens who transform into the Ladybug and Cat Noir superheroes. The producers said, “they embark on a quest that teaches the audience about family, bonds, responsibility and the hearts of two young souls at the center of the story”.

Also Read: The Lego Movie 3: Cast, Plot, Trailer, Release Date and Everything You Need to Know

The animated film was first revealed to the world by Jeremy Zag in the Miraculous panel at  2018  ComiKon  Istanbul.  This movie will encapsulate the origin of the universe as the story will be set the ending to Season 5.

This means that before the production started on the film, the studio was focused on the completion of Seasons 4 and 5. A little later, at the Comic-Con Experience 2018, Jeremy Zag revealed that this film  will be  a musical film  with featured music to be composed by himself.

Later in the 2019 Cannes Film Festival, the film’s title was confirmed as Ladybug & Cat Noir Awakening that would premiere exclusively in Disney+.

It was also revealed that production of the movie is underway and that the film is billed as a romantic fantasy adventure.

Trailer is not available yet. Sorry for this. With a 2021 release date we can get a trailer sooner.

We’ll update you as soon as there’s any official confirmation about the trailer.

The film is coming out in 2021 or early 2022. Exact release date has not been announced yet. We’ll update you when there’s a release date for this film. So, bookmark this page and stay tuned here on Filmyhotspot for more updates.

To know more about any exciting series falling in various categories like Anime, action, superhero, etc., you can check the website and pick the right option for you as there are a abundance of them.

Are you ready to watch it? Are you excited for it? Do you like to watch computer-animated musical films? Do you like teen based films? Let us know in the comments section given at the end of this post.