‘Habit’  is an upcoming American action  comedy drama thriller film.  It is directed by  Janell Shirtcliff in her directorial debut, from a screenplay   written by Shirtcliff  and Libby Mintz.

But, what can we expect from ‘Habit’ movie? Here’s everything we know about it so far. 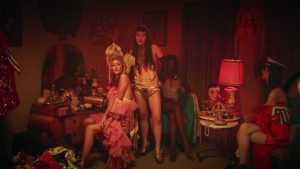 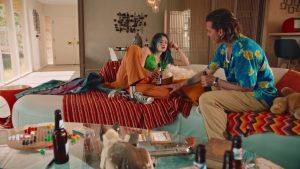 The film follow Mads, a street-smart, party girl, who gets a gig running drugs for a washed-up Hollywood star named Eric.

When their cash gets stolen and a rival drug lord enters the picture, Mads and her two best friends find a possible way out by masquerading as a Nun.  But in spite of their costumes, these bad girls are no angels.

Also Read:  Wendell and Wild | Everything You Need to Know

Multiple times in the film, Jackson appears as Jesus to her and some people aren’t really happy about it.

Nearly 300,000 people have signed a petition aiming to block the distribution of the independent film “Habit” . Detractors labelled the film as “Christianophobic garbage” and claiming that it aims to “ridicule people of faith”.

You can check the petition’s mission statement below,

“A new blasphemous Hollywood film is predicted to come out soon depicting Jesus as a lesbian woman. The film Habit stars Paris Jackson who plays the role of ‘lesbian Jesus.’ Distributors haven’t picked it up as of yet, so let’s please spread awareness and wake people up to the Christianophobic garbage that is spread nowadays, but is somehow accepted and praised by society.”

In early 2020, Bella Thorne,  Jamie Hince,  Gavin Rossdale,  Soko,  Jamie Hince, and Alison  Mosshart joined  the cast of the film, with  Janell Shirtcliff   directing from a screenplay by  Suki Kaiser from a story by Shirtcliff and   Libby Mintz, with Thorne serving as an executive producer.   Then, Josie Ho, Andreja Pejic, Bria Vinaite, Paris Jackson and Libby Mintz had joined the cast of the film in April 2020.

Principal photography began in February 2020, and had successfully wrapped before everything shut down. Now, the film is in completed status.

Habit is scheduled to be released on August 20, 2021,  by Lionsgate in select theaters and On Demand before it’s made available to own on Blu-ray,  DVD  and  digital platforms on Aug. 24.

Meanwhile to, keep yourself updated about  Violence of Action  with our article based on the latest information.

One Media has released an official trailer for the upcoming film ‘Habit’ on July 12, 2021. You can check it here:

If you have seen the trailer then let us know via comments section how was the trailer? Did you like it?

In addition, Paris Jackson, the late Michael Jackson’s daughter, is a budding actress with a growing list of credits in Hollywood. She played the role of Nelly in the film Gringo in 2018, and after one year, she moved to television with a small part in MTV’s Scream.

Habit movie  is coming out in 2021 on Friday, August 20, 2021 (in select theaters and VOD).  There are 12 other movies coming out on the same date, including  The Protégé,  Reminiscence,  Sweet Girl,  Paw Patrol and  The Night House .

So, these are the major information about “Habit” movie. Are you ready to watch it? Are you excited for it? Do share your thoughts about this film in the comments section.