Within a few weeks of Aquaman’s release we learned about the plans to develop an Aquaman 2.

The good news about ‘Aquaman 2’ is that James Wan is interested in returning for Aquaman 2. Deadline reported in 2019 that Wan is expected to “oversee the development” of the film, and he’ll decide whether or not to direct it after a script has been settled on.

For all of the first movie’s charms, its screenplay wasn’t its strongest suit, so maybe this will help improve that aspect of it. David Leslie Johnson-McGoldrick, who wrote the first film, has been named as the movie writer, according to The Wrap. We’ll see if this script prompts Wan to sign back on as director.

Here’s everything you need to know about it so far. 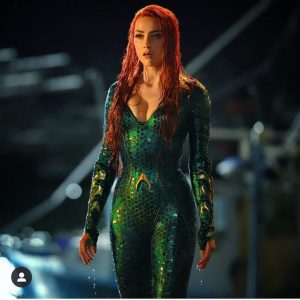 Johnny Depp and Amber Heard’s relationship has been in the headlines for a long time due to the allegations of physical domestic abuse and two different court cases in the United States and in the United Kingdom.

The issue of Heard being in Aquaman 2 cast caught fire when Depp was asked by Warner Bros. to resign from his role as Gellert Grindelwald in the Fantastic Beasts film series, following his defeat in the libel case against The Sun over an article which called him a ‘wife beater’ in 2018.

The actor has stepped down from the character and it has been recast with Mads Mikkelsen.

Plot is unknown yet, so we’ll update this with more information as it becomes available.

The trailer and any videoclip of this movie is not available. Sorry for this. With a 2022 release date, we are hoping for a late 2021 trailer. We’ll update this as soon as there’s any official confirmation about the trailer.

Warner Bros has confirmed that the sequel will swim into cinemas on December 16, 2022, four years after the first movie was released.

Pre-production on the sequel was expected to start in 2020, but we don’t know if that’s still the case due to the current global situation. Either way, there’s still plenty of time before the planned release date. 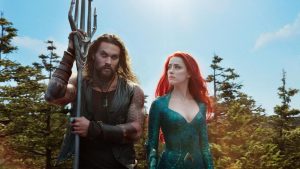 Aquaman 2 is still one year away, but expectations are high for the DC sequel after the first movie became the biggest DC movie ever with a whopping $1.15 billion.

To everyone’s shock, however, the film not only became a billion dollar hit, but now stands as the biggest worldwide earner in the history of DC Comics adaptations.

So, these are the major information about the film. Are you ready to watch it. Let us know in the comments section given at the end of this post.