Mission: Impossible 7 is an upcoming American adventure action thriller spy film. Christopher McQuarrie is the writer and director of this film.

The film is the seventh installment of the Mission Impossible film series. It is the third film in the series to be directed by McQuarrie, following Rogue Nation and Fallout. 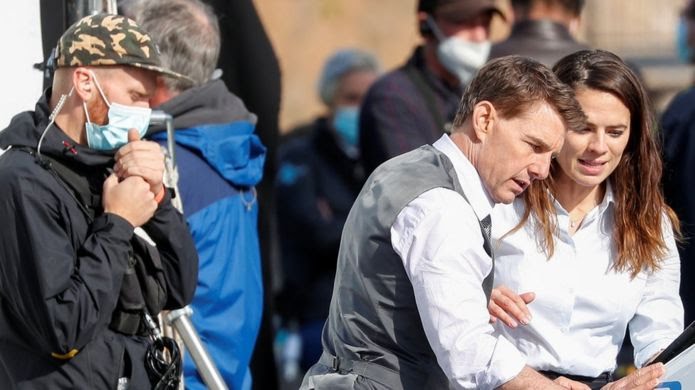 Plot detail is not available yet.

Tom Cruise has been shooting for the next installment of Mission Impossible as the actor is performing some crazy stunts. 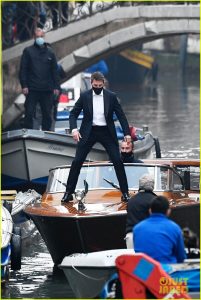 In a new rehearsal video from ‘Mission: Impossible 7′, Tom Cruise can be seen busy with a water stunt in the Venice canals where he jumps from one water taxi to another.

Keeping in mind all precautions necessary for shooting during the corona-virus pandemic, the Hollywood actor as well as the rest of the crew wear masks while rehearsing for the shots.

Release date: When ‘Mission Impossible 7’ is out?

The trailer is not available yet. With a 2022 release date we’re hoping for trailer till a late 2021. So, we’ll update this as soon as there’s any official confirmation about the trailer.

Tom Cruise shot eerie night shoots in Venice as filming continued on Mission Impossible 7 in October, after production was halted due to 12 people on set reportedly testing positive for COVID-19.

The action star, 58, was  working well into the night in the Italian city. With the film’s crew as they shot scenes around the Doge’s Palace, which had been decorated with candles.

Mission: Impossible 7 is coming out on May 27, 2022, in the United States by Paramount Pictures. A direct sequel, also directed by McQuarrie, will be released on July 7, 2023.

So, these are the major information about the movie. Are you excited to watch it? Do you like to watch to watch spy films? Do share your thoughts about it in the comments section given at the end of this post.