It is directed by Patty Jenkins from a script she wrote with Geoff Johns and Dave Callaham, based on a story by Johns and Jenkins.

The film is Produced by Gal Gadot, Patty Jenkins, Stephen Jones, Charles Roven, Deborah Snyder, Zack Snyder . To be distributed by warner Bros. Pictures. It is a sequel to 2017 film Wonder Woman. 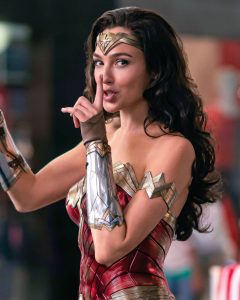 Gal Gadot (Wonder Woman) squares off against Maxwell Lord and the Cheetah, a villainess who possesses superhuman strength and agility.

If you haven’t watch the trailer yet, so you can check it here:

Wonder Woman 1984 was released more than a year after it was initially supposed to debut.

It was theatrically released by Warner Bros. Pictures in a handful of international markets starting on December 16, 2020.

The film was originally planned for a theatrical release on December 13, 2019, then moved to November 1, 2019.

It was eventually moved to June 5, 2020, because the studio decided that it preferred a summer release, but then the Covid-19 pandemic hit and the film was delayed to August 14, 2020.

In June 2020, another delay saw the film’s release pushed to October 2, 2020, before it was delayed further to the Christmas date.

With many theaters closed, the release of Wonder Woman 2 was pushed out a few months at a time until Warner Bros, desperate to release the film, finally decided on a streaming release for Wonder Woman 1984 via HBO Max (owned by Warner Bros parent company, Warner Media) alongside a theatrical release.

Wonder Woman 1984 was free on HBO Max for one month, after which it was only in theaters and later paid video on demand, rental and to buy.

Warner Bros. announced the unprecedented move to release the much anticipated sequel to the 2017 smash hit in theaters and on HBO Max at the same time.

The announcement shook the movie world, given the implications for cinema going forward. Never before has a big budget studio tentpole been released on streaming the same day as theaters. 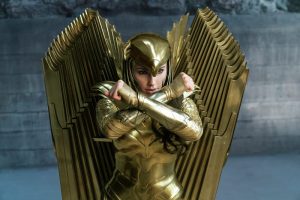 Patty Jenkins, who directed “Wonder Woman” and new wonder woman, was bittersweet as she addressed the news on social media.

“The time has come,” she wrote on Twitter. “At some point you have to choose to share any love and joy you have to give, over everything else. We love our movie as we love our fans, so we truly hope that our film brings a little bit of joy and reprieve to all of you this holiday season.”

She urged fans to seek out the movie where they feel is safest.

“Watch it in theaters, where it is made safe to do so (check out the great work theaters have done to make it so!) And available in the safety of your home on HBO Max where it is not,” she said. “Happy holidays to all of you. We hope you enjoy our film as much as we enjoyed making it.”

In his statement, Kilar noted that over four million people in the U.S. saw “Wonder Woman movie” in theaters on opening day.

So, these are the major information about the film? Have you seen this film? Let us know in the comments section.