It is directed by Malcolm D. Lee, from a screenplay by Juel Taylor, Tony Rettenmaier, Keenan Coogler and Terence Nance. The film is a sequel to 1996’s Space Jam.

But, what can we expect from this film? Here’s everything you need to know about Space Jam: A New Legacy, the Looney Tunes’ sequel to the 90s classic. 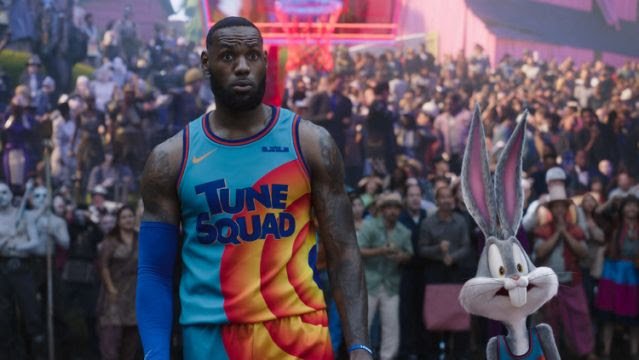 “During a trip to the Warner Bros. studio, NBA Superstar LeBron James and his young son Dom (Cedric Joe)- who dreams of being a video game developer- accidentally get trapped within a world that contains all of Warner Bros. Stories and characters, under the control of a malfunctioning, all-powerful force named Al G Rhythm (played by Don Cheadle),” the synopsis states.

LeBron must get them home safe with the help of Bugs Bunny and through a never-before-seen world filled with iconic movie scenes and characters.

Now to get back home, Lebron and the Tunes have to unravel Al G’s mysterious plan and win an epic basketball game against digital gamified super-versions of the NBA and WNBA’s biggest stars as the entire world watches.”

Release date of ‘Space Jam: A New Legacy’: When Does it come out?

The film is scheduled to be released on July 16, 2021 by Warner Bros. Pictures in the United States in RealD 3D and IMAX. It will also be released simultaneously on HBO Max.

As things stand there have been no delays announced to the film as a result of the coronavirus pandemic.

With production having wrapped back in September 2019, well before the virus hit, here’s hoping that no changes to the date will be necessary.

The release date means that there will have been a 25-year gap between the 1996 original and the sequel, making the new movie a bit of an anniversary project as well.

On September 29, 2020, SpringHill Co. Entertainment, the production company for the film, signed a 4-year contract deal with Universal Pictures, making this their fourth and final independent piece.

Warner Bros. Pictures has released an official trailer for ‘Space Jam: A New Legacy’ on April 3, 2021. If you haven’t watch the trailer yet, so you can watch it here:

Space Jam 2 – sequel to the 1997 hit basketball Looney Tunes film – is in production.

It will mark the first theatrically-released film to feature the Looney Tunes characters since 2003’s Looney Tunes: Back in Action, and like the previous hybrid films, it will be a combination of live-action and traditional animation with some CGI effects.

The film is coming out in the United States on July 16, 2021, by Warner Bros. Pictures. So there’s still a little wait for now.

Are you ready to watch this film? Are you excited for it? Let us know in the comments section given at the end of this post.