‘Violence of Action’  is an upcoming American action film.  It is directed by Tarik Saleh who making his English language film debut. It is written by J.P. Davis.

But, what can we expect from this film? Here’s everything we want to know about it: 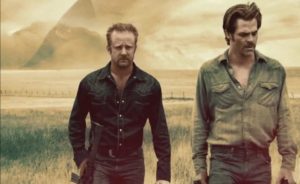 “Violence of Action”  centers on James Harper (Pine), who decides to support his family by joining a private contracting organization alongside his best friend (Foster) and under the command of a fellow veteran (Sutherland) after he gets involuntarily discharged from the Marines.

He travels to Berlin with his team on a  covert mission to investigate a mysterious threat, but he abruptly finds himself alone and hunted across Europe. As he fights to stay alive long enough to get home, he seeks to disclose the true motives of those who cheated him.

If you like Chris Pine’s action thriller films, then you can check it all about the Dungeons & Dragons .

In May 2019, the project was announced with Chris Pine set to star.

In October 2019, Ben Foster and Gillian Jacobs were cast as well. By October 2019, filming started  in the United States, and will be filmed in Europe later in the year.

In November 2019, filming in Romania started for around 8 weeks.  In December, Eddie Marsan, Nina Hoss, Fares Fares, Amira Casar and J. D. Pardo has joined the film. By the end of 2019, filming wrapped. 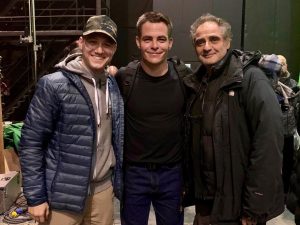 The deal follows STXinternational handling international rights to the film; it will distribute it in the UK and Ireland.

In July 2021, the film was in Completed status.

STXfilms has set release dates for four films on its slate, including Chris Pine’s action thriller “Violence of Action”.

Trailer is not available for this film. Sorry for this. With a December release date, we may get a trailer in some time. We’ll update you as soon as there’s any official confirmation about the trailer.

In addition to “Violence of Action, Chris Pine has a number of high-profile projects in the works. He’s set to star in the upcoming reboot of  “The Saint”,  and Olivia Wilde’s upcoming psychological thriller,  “Don’t Worry Darling”.  Of course, his next feature is the superhero film  “Wonder Woman 1984”,  which released in theaters in December 25, 2020.

Violence of Action  is finally coming out on Friday, December 10, 2021 . There are 3 other movies coming out on the same date, including American Underdog The Kurt Warner Story,  West Side Story  and  Journal for Jordan .

So, these are the major information about the film. Are you excited to watch it? Do you like to watch Chris Pine in action. Let us know in the comments section given at the end of this post.