‘Untitled Paranormal Activity 7‘ is an upcoming American horror, mystery film written by Oren Peli. The producer of this film is Jason Blum. It is the seventh installment in the ‘Paranormal Activity’ film franchise.

Blum’s announcement about Landon’s return to the faux found-footage subgenre through an unexpected seventh Paranormal Activity got people excited.

But the producer’s news was vague about what role the long-time Blumhouse creative would play, leaving room for people to jump to conclusions about whether Landon would be penning the script or sitting in the director’s chair. 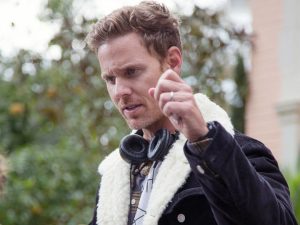 Following Blum’s statements, Landon took to social media to clarify his level of involvement on the upcoming movie, writing that he would not be taking on either of the roles he had for past Paranormal Activity films.

Landon tweeted, “I wanted to clarify something about my involvement in the new Paranormal Activity movie”. “I am helping my friends and co-collaborators at Paramount set a new course for the franchise. I am not writing the script nor am I directing the new movie.”

Cast is not available yet. 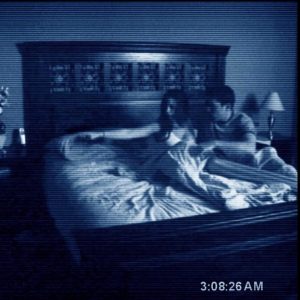 Plot is unknown. Story details for the movie remain entirely under wraps at this time.

The sequel’s development was originally announced in June of this year, with Paramount reteaming with Jason Blum‘s prolific, acclaimed Blumhouse Productions.

While we still don’t know anything about its plot, cast, or director, a defined release date gives Paranormal Activity fans something to be excited about.

The upcoming entry in the long-running and highly-successful horror franchise is now set to hit theaters on March 4, 2022.

As has been the case with many major releases that were on deck heading into the year, the movie will now be arriving much later than previously expected. 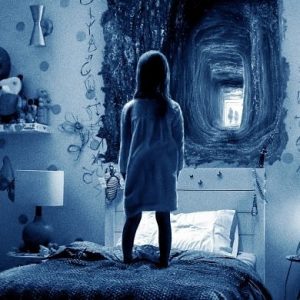 Trailer and any videoclip of Paranormal Activity 7  is not available. With a 2022 release date we are hoping till a late 2021 for trailer. We’ll update this as soon as there’s any official confirmation about the trailer.

Paranormal Activity 7 is finally on the way. It is scheduled to be Released on 4 March 2022.

To date, across six movies, the Paranormal Activity franchise has grossed more than $890 million at the global box office. That includes the 2007 original, which remains one of the most profitable movies ever made.

So, these are the major information about the film. I’d love to see this seventh entry be a back-to-basics soft reboot to what made the original film so scary — amateur cameras set up to capture unexplained occurrences, and bitterly realistic performances anchoring it all.

But if the filmmakers decide to double down on the complexity of their mythology? Hell — that sounds pretty entertaining, too.

We’ll update this as soon as any further details on the project are available. Are you waiting to watch this movie? Are you as excited to watch this movie as we are? Let us know in the comments section given at the end of this post.