‘Sing 2’ is an upcoming American musical comedy computer-animated film produced by film and animation studio company Illumination, which was owned by the commercial juggernaut Universal Pictures. It is a sequel to the 2016 film Sing.

Garth Jennings and Christophe Lourdelet returning to direct the sequel. Why won’t they after the first film became such a massive critical and commercial success. Garth Jennings will also take over the writing duties.

What gives the essence to all the animation movies is the amazing voice cast behind it. 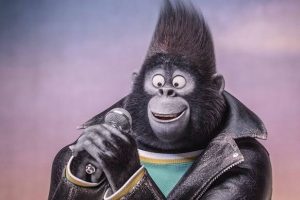 We aren’t sure of what exactly the sequel will entail. But it could focus on Buster, Rosita, Mike, Ash, Johnny, Meena, and Gunter prepare for a bigger stage as they leave Moon Theater for the big city.

The sequel could also focus on Buster, who could set up another competition and find new talent.  Mike, who is a proud family man quits jazz, is another interesting character. The sequel could focus on his efforts to rekindle his love for music.

‘Sing 2’ Release date: When is it coming out?

When a popular movie gets a sequel, there is nothing more challenging for fans than the wait for that sequel’s release. While this is especially true for big franchise movies — such as Avengers: Endgame as the follow-up to last year’s Infinity War — it’s also true for other films as well, including Illumination Entertainment’s Sing.

Unfortunately for fans of the animated hit, it looks like the wait for Sing 2 is going to be a little bit longer than originally thought. Universal Pictures has pushed the film’s debut back to December 22, 2021.

The trailer is not available yet. But if the release date remains as is, expect to get a first glimpse at the new film by the end of the year. 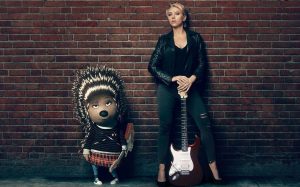 The first film also featured around sixty songs from talented and well-known artists. While nothing has been revealed till now, we expect many of those artists to be back for the second film. Who knows we might also see the likes of Taylor Swift and Rihanna join the party.

Universal said the sequel to Sing will take longer to arrive in theaters. The adorable animation is finally getting the sequel it deserves! 2016 to now has been a long wait, but that’s okay because Sing 2 is coming our way! The movie is set to be on our screens latest by December of 2021.

Sing 2 is now slated for release on December 22, 2021 by Universal Pictures.
Are you sad Sing 2 is being shifted to 2021? Let us know in the comments below.