It is directed by Everardo Gout and written and co-produced by James DeMonaco.

It is the fifth and final installment of the Purge franchise, depicting the annual “Purge”, a 12-hour span in which all crime in America, including murder, is legal. 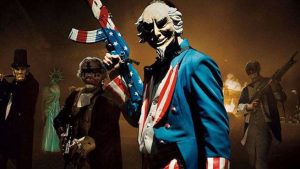 The movie will leave the urban environment for a rural location. It will continue after The Purge: Election Year. According to the reports, no plotline has been revealed or leaked as of now.

Release date of ‘The Forever Purge’: When does ‘The Purge 5’ come out? 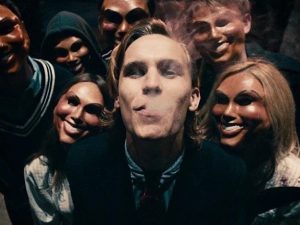 ‘The Forever Purge’ was previously set for theatrical release on July 10, 2020. On May 15, 2020, its release was postponed due to the COVID-19 pandemic, with no new release date given.

In the case of The Forever Purge, this release date delay is an especially good thing. Because I don’t think any human currently living through the hellscape of 2020 would have been able to handle another Purge movie.

But on April 9, 2021, it was reported that the film’s release date had been moved forward a week to July 2.

Universal’s The Forever Purge will finally bring the franchise back to theaters on July 2, 2021.

Sources recently told THR that the film “takes the Purge out of its usual metropolitan setting while still dealing with class and race issues in the way the previous films have.”

4 Quick Things We Know About ‘ The Forever Purge’ 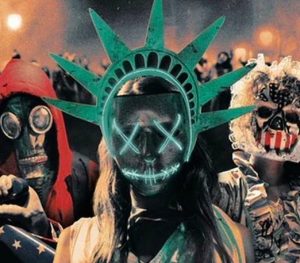 Filming took place in California from November 2019 to February 2020. Finally ‘The Forever Purge’ is coming out in the United States by Universal Pictures on July 2, 2021.

As we get closer to the release of The Purge 5 you can be sure that we will continue delivering full coverage for you — so stay tuned here on ‘Filmyhotspot’ for all of the latest news and updates about the film.

So, are you excited to watch it? Do share your thoughts about it in the comments section given at the end of this post.