The film will be directed by Academy Award-winner Domee Shi, who was the first female director of a Pixar short with her film Bao, and produced by Lindsey Collins. This movie will be Pixar’s 25th feature film.

We will keep you updated with new details as they are released, about this and all of the new Pixar content!

A young girl’s devotion to a boy band who uncontrollably poofs into a giant red panda. 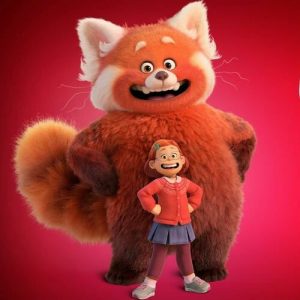 In this film, Mei Lee is a confident, dorky thirteen-year-old torn between staying her mother’s dutiful daughter and the chaos of adolescence.

And as if changes to her interests, relationships, and body weren’t enough, whenever she gets too excited (which for a teenager is practically always), she “poofs” into a giant red panda!

Director of the Academy Award-winning short Bao, Domee Shi, brings us Turning Red. Meet Mei: she experiences the awkwardness of being a teenager, with an added twist: when she gets too excited, she transforms into a giant red panda. Turning Red comes to theaters March 11, 2022. pic.twitter.com/oh6xaR8zRI

Its very early days for the project so not much as been revealed about casting or creative teams but Pete Docter did share a few insights during the Investors Day broadcast.

As you can see from the tweet above sent out during the event the synopsis reads,  “Meet Mei: she experiences the awkwardness of being a teenager, with an added twist: when she gets too excited, she transforms into a giant red panda.”

Turning Red is scheduled for release on March 11, 2022 in USA. Though it feels like ages away, some things are worth waiting for as the concept for this film is equally as adorable as Bao. 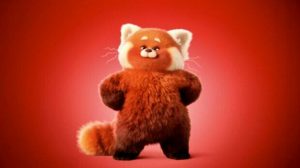 This movie seems to be an incredibly unique idea for Pixar, which has recently been returning to its already-established properties like Toy Story for sequels and spin-offs.

While these sequels have potential, it’s refreshing to know that directors like Domee Shi have the space to explore new creative ideas.

Hopefully when it releases, Turning Red will bring something new to Pixar that audiences have never seen before.

Pixar has released an official trailer for ‘Turning Red’ movie. If you haven’t watched it yet, so you can watch it here:

So, these are the major information about the film. We can’t wait for additional details to start rolling in, including vocal cast, music credits, character design/production design leads, etc.

Hopefully, we don’t “turn red” while we wait for more news on this exciting new film.

Are you excited to watch it as we are? Let us know in the comments section given at the end of this post.