‘Thor Love and Thunder (Thor 4)’ is an upcoming superhero film, based on the Marvel Comics superhero of the same name.

The film is a sequel to Thor, Thor: The Dark World, Thor: Ragnarok, and Avengers: Endgame and a prequel to Guardians of the Galaxy Vol. 3.

It is the twenty-eighth film in the Marvel Cinematic Universe and the fifth film of Phase Four.

Additionally, Matt Damon, Sam Neill, and Luke Hemsworth also reprise their roles as Asgardian actors playing Loki, Odin, and Thor, respectively, from Thor: Ragnarok, alongside Melissa McCarthy as an actress playing Hela and Ben Falcone in an undisclosed role. Russell Crowe also has a cameo appearance as Zeus, the king of the Olympians, based on the Greek mythological deity of the same name. 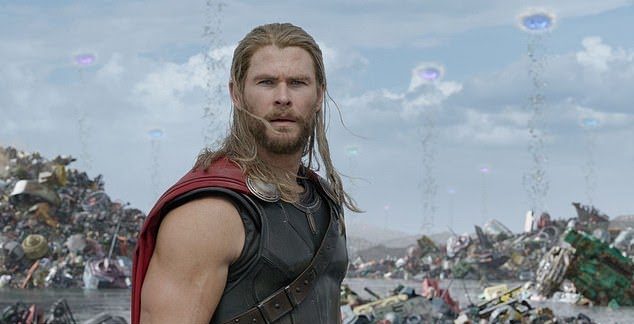 The plot detail is not available yet.

Waititi confirmed on an Instagram Live video that Korg will be looking for love in Thor 4, while Space Sharks will also feature. No, that’s not a typo.

The creatures have appeared in the comics and serve as a razor-sharp roadblock for those looking to get close to the villainous Gorr’s planet during the Thor comic series in 2013.

We also know Jane Foster’s Thor will factor into proceedings, though nothing has been revealed on exactly how she gets her hands on her own version of Mjolnir or, indeed, what universe she’s from.

Another plot point will revolve around Valkyrie finding someone to rule New Asgard with. “She’s king,” she affirmed. “If she can’t find her queen, she’ll just be king and queen at the same time,” Thompson said during an interview with ET.

We know Jane will become Mighty Thor at some point, but Natalie Portman recently revealed the character’s undergoing cancer treatments.

With the loss of his home, his father, and even Loki — well, in one timeline — protecting those closest to him will likely be more important than ever for the God of Thunder. After all, the title of the upcoming sequel does have “love” in it.

The trailer of this film is not out yet.

The Thor: Love and Thunder release date is now May 6, 2022. Thor 4 was previously set to land on November 5, 2021. That was announced during Kevin Feige’s avalanche of MCU news at SDCC 2019.

Then, things started getting shifted. With Black Widow being pushed back as part of Marvel’s wave of coronavirus delays, that meant Thor: Love and Thunder retreated to February 18, 2022.

Then it moved up a week to February 11 due partly to Spider-Man 3’s release date changing. In December 2020, it was delayed once again to the May 2022 date.

Chris Hemsworth recently blessed his followers’ eyes with an insane new workout pic, possibly giving a glimpse to what his character will look like in Thor: Love and Thunder.

The image saw Hemsworth pushing a heavy “extra large donut” as he flexed his insanely large, unreal biceps. Be prepared to lay your eyes on the photo below:

He’s confirmed that he will play Thor again after Thor: Love and Thunder but didn’t reveal when and where this will happen.

As a result, there is nothing left to do but speculate about what Thor’s future could hold.