‘The United States vs Billie Holiday’  is a 2021  American  biographical  drama  music film.

It is directed by Lee Daniels and based on the book Chasing the Scream: The First and Last Days of the War on Drugs by Johann Hari with a screenplay by Suzan-Lori Parks. 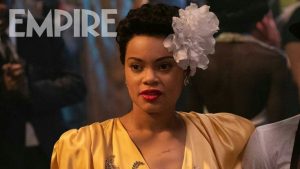 Follows the legendary Billie Holiday, one of the greatest jazz musicians of all time, spent much of her career being adored by fans across the globe.

During her career all while the Federal Department of Narcotics targeted her with an undercover sting operation led by black Federal Agent Jimmy Fletcher, with whom she had a tumultuous affair.

Inspired by her life story,  The United States vs. Billie Holiday  intimately evaluates her struggles with addiction, fame and heartbreaking love.

Read more: ‘House of Gucci’: Cast, Plot, Trailer, Release Date and Everything You Need to Know 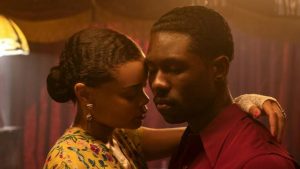 Billie Holiday helped shape American popular music with her voice and unique style, but, one song in special has become her great legacy , “Strange Fruit.”

The song ( Strange Fruit) paints an unflinching picture of racial violence, and it was an unexpected hit, but singing it brought serious consequences.

Daniels spoke on bringing Holiday’s story to the masses back in August 2020’s The Root Institute, saying:

“I was shocked, I thought she was just a drug addict and a singer. I didn’t know that she was a civil rights leader, that’s she’s probably one of our first civil rights leaders. She sang ‘Strange Fruit’ and the government didn’t want her to sing [that song.] Nobody else was singing that song. It’s a fascinating story about a woman who happened to be addicted to and struggled with drugs, but heroes are all kinds. We think that just because you’re a drug addict, you can’t be a hero, too. If I were her, I would’ve tripped too if the government wouldn’t let me sing a song.” 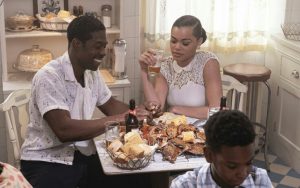 In July 2020, Paramount Pictures acquired distribution rights to the film. The film was previously scheduled for February 12, 2021.

But in November 2020 it was moved two weeks. In December 2020, Hulu acquired distribution rights to the film in the United States. The film was finally released on February 26, 2021.

“The United States vs Billie Holiday” released on February 26, 2021.

The film received mixed reviews from critics. Andra Day’s performance received praises, they criticized the screenplay and direction as unfocused.

The film was nominated for the Golden Globe Award for Best Original Song.

Andra Day also received a Golden Globe Award and an Oscar nomination for Best Actress for her performance.

So, these are the major information about the film. Have you seen it? Do, share your thoughts about it in the comments section given at the end of this post.