‘The  Unbearable  Weight of  Massive  Talent’  is an upcoming American  action  comedy film.

It is  directed by Tom Gormican, he also wrote the screenplay with Kevin Etten.

Producers of this film are Kevin Turen, Nicolas Cage, Kristin Burr and Mike Nilon. James Myers and Brady Fujikawa is overseen the project at Lionsgate.

But what can we expect from this film? Here’s everything we know about it so far.

On November 15, 2019, it was reported that Cage is set to play a fictionalized version of himself. In August 2020, it was announced that Pedro Pascal was in talks to play Javi, a Nic Cage superfan who is not what he seems. 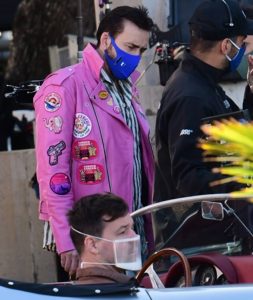 In need of some money, he begrudgingly accepts a $1 million offer to attend the birthday of a Mexican billionaire super fan.

When things take a wild turn, Cage is forced to become a version of some of his most iconic and beloved characters in order to extricate himself, his wife and daughter from an increasingly dangerous situation.

Trailer of ‘The Unbearable Weight of Massive Talent’

Trailer and any video clip of this movie is not out yet.

Sorry for this. We’ll update this as soon as there’s any official confirmation about the trailer. 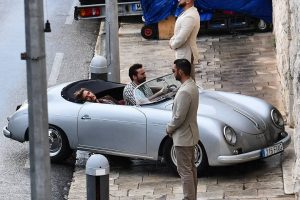 In August 2020, principal photography was set for a fall 2020 start date. It officially beginning on October 5 in areas around Croatia, including the city of Dubrovnik.

Occasionally everything in the universe aligns and creates a work of art that transcends the medium and defies conventional attempts to describe its beauty. The Unbearable Weight of Massive Talent is one of those works of art.

It was previously scheduled to be released on March 19, 2021, but it was delayed to it’s original release date.

Read more: ‘The Man from Toronto’ | Everything You Need to Know 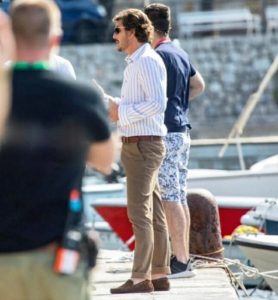 Nicolas Cage has had a unique career in Hollywood. The man’s clearly talented. As demonstrated by his numerous accolades including winning both an Academy Award and Golden Globe for Leaving Las Vegas.

But he’s also delivered a lot of weird, and in some cases downright bonkers performances over the years. Well, we’ll soon be getting what may be his weirdest performance ever, as Cage playing a fictional version of himself in The Unbearable Weight of Massive Talent.

Release date of this film has yet to be announced.

If you want to watch any action movie at tonight, then you can visit movies hub for the latest features…

So, these are the major information about the film. That’s all for now. Are you ready to watch it? Are you excited for it? If you’ve any question about this movie so, do let me know in the comments section given below.