‘The Saint reboot’  is an upcoming American thriller film. It is set to be directed by Dexter Fletcher and Seth Grahame-Smith has written the script. It is the sequel to 1997’s film ‘The Saint’.

“The Saint” is based on a 1920s book series of the same name by Leslie Charteris and it was turned into a film in 1997.

Lorenzo DiBonaventura, Brad Krevoy and the late Robert Evans are credited producers. It is distributed by Paramount Pictures. 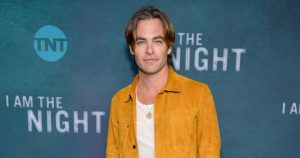 Pine and Paramount have had strong bond for many years. Their relationship goes back to 2009 when he was hired by the studio to play Captain Kirk in the latest “Star Trek”  franchise, launching his career as a leading man in the process. While the  fourth film in  “Star Trek” franchise is still being developed, the studio saw Pine as the prefect star for the role of  “The Saint”  as they wait for that script to be finished.

If you are looking another film of Chris Pine, Then you can check it all about the  Dungeons & Dragons .

That original film followed  Simon Templar  (better known as The Saint),  a Robin Hood-esque criminal and thief for hire whose job is to steal the secret process for cold fusion, which puts him at odds with a traitor bent on toppling the Russian government, as well as the woman who holds its secret.

But, the new movie will also follow Simon Templar, The Saint.

However, reboots have grown tiresome in Hollywood. But, a modern version of this character could make for some terrific blockbuster  entertainment, particularly with Pine in the lead. Because, he has proven to be an extremely capable and charismatic leading man.

If negotiations go well about this new version of The Saint, it’ll be easy to get excited about this reboot.

The first news came out about this film in 2016, when Paramount has acquired the rights to Leslie Charteris’ long-running book series The Saint for a new movie reboot.

Then the last anyone heard about this project was back in 2018, when Guardians of the Galaxy star Chris Pratt was reportedly in talks to star in the reboot following his breakout performance in the comic book film.

After that, on April 21, 2020, it is announced that Chris Pine replaced Chris Pratt.

The film isn’t started production yet and it’s also unclear when the project will begin production. Meaning there’s no release date for this film.

Pine most recently wrapped production on  “Violence of Action”  by Tarik Saleh.

The Saint has a concept that is ripe with potential, whether it be for a film or a television series.

The original film released on April 4, 1997, performed fairly well, and worldwide grossed $118 million on an estimated budget of $68 million. However, a sequel never came to pass and the character vacated the spotlight once again.

While Kilmer’s version of the character remains a guilty pleasure, that film wasn’t fully able to follow through on the concept’s possibilities and hasn’t aged well, to say the least.

So, above are the major information about this film. We’ll update this as soon as there’s more official news about this reboot. So, stay tuned here on Filmyhotspot for more updates.

Let us know are you excited for this film? Have you seen the original film “The Saint”?