‘The Mauritanian’  is a 2021 British-American legal drama thriller film.

It is directed by Kevin Macdonald from a screenplay written by M.B. Traven, Rory Haines and Sohrab Noshirvani.

“The Mauritanian” is based on Mohamedou Ould Salahi 2015 “Guantánamo Diary”  memoir, which centered on the author’s detainment in the detention camp from 2002 to 2016. He was held without being charged for 14 years before being released. 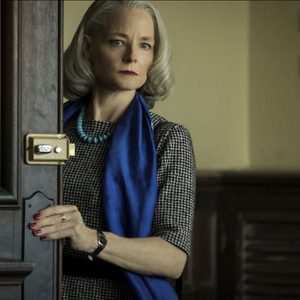 ‘The Mauritanian’ Cast: Who’s in this movie cast?

‘The Mauritanian’ Plot: What’s it about? 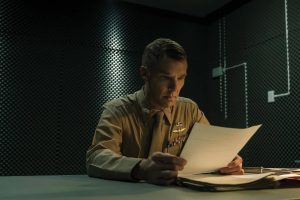 Mohamedou Ould Slahi (Tahar Rahim), who was captured by the U.S. Government, languishes in Guantanamo Bay detention camp for years without charge or trial.

The Mauritanian was previously planned for a late 2020 release. Macdonald mentioned in an interview in July 2020, that due to the COVID-19 pandemic, he had “no idea” when the film would be released.

In August 2020, STX Entertainment acquired U.S. distribution rights to the film. It released the film in the United Kingdom and Ireland.

The film was released on February 12, 2021 in the United States in theaters, with a digital demand release following on March 2, 2021.

STX films dropped the first trailer for The Mauritanian. The trailer comes to an end with Nancy Hollander presenting new information to the court: “My client, he’s not a suspect. He’s a witness.”

If you haven’t watch it yet, so watch the trailer here:

The film was originally known as Prisoner 760 before being described as untitled. Then, in November 2020, the title was revealed to be The Mauritanian.

This is a film which, for everybody involved, was totally from the heart and it was made for peanuts.

The reward for everyone was really the film and telling Mohamedou’s story.

So, these are the major information about the film. Have you seen this film? Did you like it? Let us know in the comments section given at the end of this post.