It is directed by Patrick Hughes and written by Tom O’Connor, Brandon and Phillip Murphy.

Matt O’Toole and Les Weldon are producers of this film. It is a sequel to the 2017 film The Hitman’s Bodyguard.

But, what can we expect from this film. Here’s everything we know about it so far.

The movie has a host of talented actors set to make an appearance, 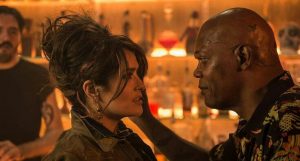 Four years after the events of the original film, the world’s most lethal odd couple – bodyguard Michael Bryce and hitman Darius Kincaid – are back on another life-threatening mission.

Due to his sabbatical, Bryce is not allowed to use firearms or lethal weapons of any kind and must use his wits and intelligence to save Darius and save the day.

As Bryce is driven over the edge by his two most dangerous protectees, the trio get in over their heads in a global plot and soon find that they are all that stand between Europe and a vengeful and powerful madman. Joining in the fun and deadly mayhem is Morgan Freeman as – well, you’ll have to see. 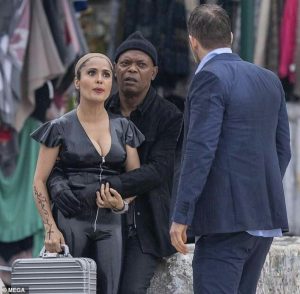 The Hitman’s Wife’s Bodyguard  was originally announced in 2018 and filming began on March 2, 2019 in Europe. Filming took place in Italy, Slovenia, Bulgaria, Croatia and United Kingdom.

Lionsgate became the latest studio to adjust its schedule in the wake of the coronavirus pandemic.

On 10 June, 2020, Salma Hayek released the cool new poster for The Hitman’s Wife’s Bodyguard on her Instagram page. In a caption, she also confirmed that the film has been pushed back to 2021.

The Eternals | See All Details

House of Gucci | All Updates

Puss in Boots 2 | All Details

The film received generally negative reviews from critics, who criticized the stale humor. 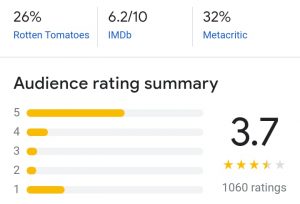 IGN has released an official trailer for the upcoming film ‘The Hitman’s Wife’s Bodyguard’ on April 13, 2021. You can check it here:

So, how was the trailer? Did you like it? Do, share your thoughts about it in the comments section given at the end of this post.

The Hitman’s Bodyguard  was praised for its action sequences and the chemistry between Reynolds and Jackson, while Reynolds is known for playing tough but funny guys, Jackson has a more no-nonsense reputation in the action department, thanks to movies like Pulp Fiction and his work in the MCU.

Both actors brought their unique sensibilities to their roles in The Hitman’s bodyguard, which elevated the script and helped the movie score close to $200 million at the box office.

But, Hitman’s Wife’s Bodyguard fails to protect the audience from repetitive and tired genre tropes.

So, these are the major information about the film. Have you seen this film? Did you like it? Let us know in the comments section given at the end of this post.