‘The Eyes of Tammy Faye’  is an upcoming American biography drama film.

Distributed by Searchlight Pictures the film is based on the documentary of the same name by Fenton Bailey and Randy Barbato.  Michael Showalter is the director of this film.

Jessica Chastain will produce along with her producing partner Kelly Carmichael through their Freckle Films production banner as well as Gigi Pritzker and Rachel Shane through their MWM Studios. Jordana Mollick is exec producing.

‘The Eyes of Tammy Faye’ is finally on the way. Here’s everything we know about it so far.

‘The Eyes of Tammy Faye’ Cast 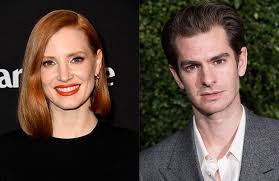 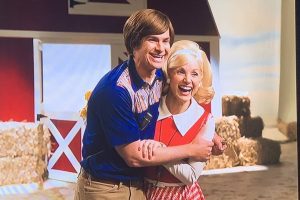 Taking place over the 1970s and ’80s, The Eyes Of Tammy Faye follow an intimate look at the extraordinary rise, fall and redemption of  Tammy Faye Bakker, who was an American singer, evangelist and television personality.

Based on the 2000 documentary of the same name, Tammy Faye and her husband, Jim Bakker, rose from humble beginnings to create the world’s largest religious broadcasting network and theme park.

Tammy Faye was legendary for her indelible eyelashes, her memorable hair, makeup, her idiosyncratic singing, and her undeniable desire to help others.

If you like  biographies and you are searching amazing biographies, then you can check it  all about these;

‘The Eyes of Tammy Faye’ Trailer

Searchlight Pictures has released an official trailer for this film on June 9, 2021. You can watch it here:

So, how was the trailer? Did you like it? Let us now in the comments section given at the end of this post.

‘The Eyes of Tammy Faye’ Release date: When is it coming out?

In an August 2019 interview, Chastain detailed she had acquired the rights to Faye’s life in 2012. Chastain  will also be doing her own singing in the film. Principal photography began in October 2019 in Charlotte, North Carolina.

‘The Eyes of Tammy Faye’  is scheduled to have its world premiere at the 2021 Toronto International Film Festival in September 2021. It is scheduled to be released on September 17, 2021, by Searchlight Pictures, in the United States.

It was previously scheduled to be released on September 24, 2021. 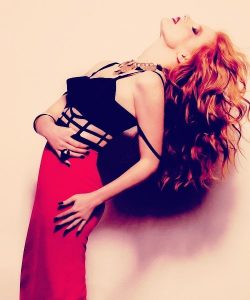 So, above are the major information about ‘The Eyes of Tammy Faye’ . The film is coming out on September 17, 2021.

Showalter, the director of this film, states  “I am overjoyed to be working with the entire team at Searchlight on this film. And to  collaborate with extraordinary actors like Jessica Chastain and Andrew Garfield who will bring so much warmth and intelligence to a pair of compelling and controversial evangelical powerhouses”.

Jessica Chastain, on the feature notes, “I was deeply moved  by Tammy  Faye’s story from the moment I saw Fenton and Randy’s   documentary, so Kelly and I are thrilled to be partnering with them,  Fox Searchlight, Michael  Showalter,  MWM Studios and the rest of the   filmmaking team to bring such an  incredible true story to audiences. We are   looking forward to sharing Tammy Faye’s   story with the world, she was truly a woman ahead of her time.”

Read more: The 355: Cast, Trailer, Plot, Release Date and Everything You Need to Know

So, are you ready to watch it? Are you excited for it? Do share your thoughts about it in the comments section.