It is based on the 2007 novel of the same name by John Preston, which reimagines the events of the 1939 excavation of Sutton Hoo.

Netflix’s The Dig depicts one of the most famous archaeological digs in modern British history.
In August 2019, the film’s rights moved from BBC Films to Netflix. 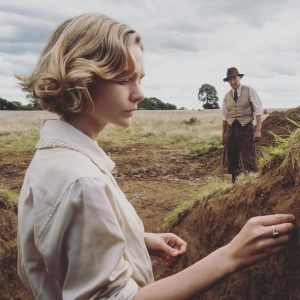 So many brilliant people! Taking on the lead roles,

Set just before WWII reaches the UK, The Dig  is a dramatization of the real excavation of Sutton Hoo in 1938, which led to the ground-breaking discovery of an Anglo-Saxon burial ship. 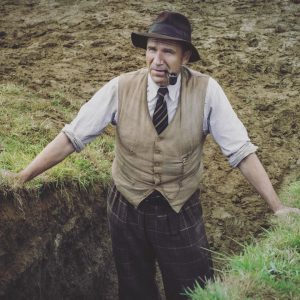 Due to the looming war, the museum can’t spare the resources at first. But they do eventually get involved once it’s clear the estate has a whole host of historic discoveries to be made.

The film’s tag lines include: “From the first human handprint on a cave wall, we’re part of something continuous,” and “Nothing stays lost forever”.

In October 2019, Principal photography began in Shackleford, Surrey, United Kingdom, with location filming taking place in Suffolk near to the original discovery site.

Are you searching best movies on Netflix right now ? If yes, then do check it all about these films:

The film received positive reviews from critics and five nominations for the British Academy Film Awards, including one for Outstanding British Film.

The first trailer was released on 3rd December. If you haven’t watch it yet, so get a glimpse of what’s buried under Cary Mulligan‘s estate below:

The filming drew much attention from Comer residents and visitors as parts of the pier, prom and a car park were put off limits so the scenes could go ahead.

Braintree’s Chris Bibbey, saw part of the action when he was staying at the Red Lion Hotel last year.

He said: “There were 35 extras in their nice, 1930s costumes and they were apparently going to run off onto the beach. There must have been 30 wagons here as well.”

The film was the third-most watched title in its debut weekend, then finished seventh-most watched each of the following two weekends.

So these are the major information about the film. Have you seen this film? Did you like it? Let us know in the comments section given below.