‘The Batman’  is an upcoming American action,  crime,  superhero  drama  film  based on the  DC Comics  character  of the same name.

The film is directed by  Matt Reeves, who wrote the screenplay with Peter Craig. 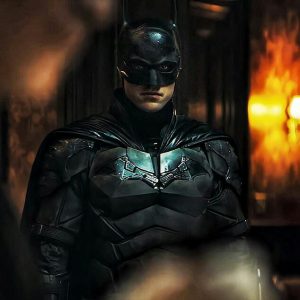 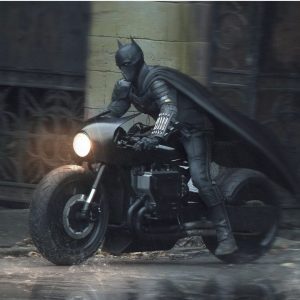 In his second year of fighting fraud,  Bruce  Wayne (Batman)  explores the corruption that blights his hometown  of Gotham City,  as well as how it may tie to his own family while he coming into conflict with the serial killer,  The Riddler.

The Riddler plays a fatal game of cat and mouse with Batman and Commissioner Gordon in Gotham City.

Also Read: Batgirl Movie | Everything You Need to Know

The trailer was out in 2020, if you haven’t Watch the trailer yet so you can watch it here:

The Batman  had been previously set for release on 25th  June 2021 in both the UK and USA, but it was pushed back to October 1, 2021.   And then it has been finally scheduled to be released on 4th March 2022. Both times after Warner Bros.  adjusted its release schedule due to the COVID-19 pandemic.

As of January 2020, filming had officially  started as confirmed by director Matt Reeves  on  Twitter, but it was halted due to the ongoing pandemic in March.

Reeves told Deadline in April 2020, that roughly a quarter of the movie has been filmed, meaning there’s still a sizeable amount of work to do before editing can begin.

By September 3,  at Leavesden  Studios,  filming had resumed for three days,  only to be put on pause again after  Pattinson tested positive for COVID-19.  After that filming resumed on September 17,  after Pattinson was cleared to return to set.

In June 2021,   Con  O’Neill  was  revealed to be appearing in the film,  by which time the production was planning to return in mid-July for a week of reshoots.  These were expected to occur in Glasgow,  at the Necropolis and  Merchant City district, before moving to York, England,  for another two weeks of reshoots until the end of July.  Pattinson and Farrell were expected to be involved with the reshoots.

Meanwhile to, keep yourself updated about   DC  Super Pets  with our article based on the latest information.

The Batman  is finally coming out in 2022 on Friday, March 4, 2022.  I figure that a 2022 drop offered the best chance for a  theatrical-only  opening-day/week/month/multi-month  release of  ‘The Batman’.

But, if you want to watch any DC movie at this time, so you can visit the  DC Movies hub  for the latest features…

So, what are you think about its new release date? Is you considered it a blessing? Let us know in the comments section given at the end of this post?