‘The  355’  is an upcoming  American  action, thriller, spy film  directed by Simon Kinberg from a screenplay written by Theresa Rebeck and Kinberg.

The 355,  presented by  Universal Pictures  in association with FilmNation  Entertainment.  The film’s producers are Chastain and Kelly Carmichael for Chastain’s Freckle Films and by Kinberg  for his Kinberg Genre Films. 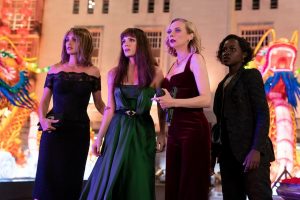 When a top-secret  weapon falls into mercenary hands,  wild card  CIA  agent  Mason  “Mace”  Brown will need to join forces with rival badass German agent Marie,  former MI6 ally and  cutting-edge computer specialist Khadijah,  and skilled Colombian psychologist Graciela on a lethal,  breakneck mission to retrieve it,  while also staying  one-step  ahead of a mysterious woman,  Lin Mi Sheng,  who is tracking their every move.

As the action rockets around the globe from the cafes of Paris to the markets of  Morocco  to the wealth and glamour of Shanghai,  the quartet of women will forge a tenuous loyalty that could protect the world.

Jessica Chastain’s Mama 2 | Everything You Need to Know 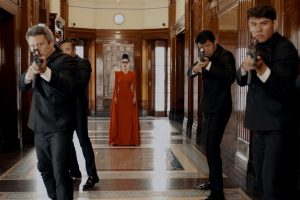 Filming began in July 2019,  shooting between Paris,  Morocco and London, using locations including Senate House. In September 2019,  Emilio  Insolera  joined the cast of the film.

Additional photography was filmed in London in July 2020 with precaution protocols due to the COVID-19 pandemic.

Meanwhile to, keep yourself updated about new animated film  Clerks 3  with our article based on the latest information.

The trailer for  ‘The 355’  looks superb and is everything you want a power-packed  femme fatale spy thriller to be.  Watch it out right here for yourself.

Like every Hollywood studio,  Universal has shaken up the release calendar numerous times during the pandemic.

So, these are the major information about the film. Are you excited to watch this movie? Let us know in the comments section given at the end of this post.