The film is based on the television series Star Trek by Gene Roddenberry. It is the 14th film in the Star Trek film series.

Abrams producing this film alongside Lindsey Weber under their company Bad Robot Productions. David Ellison and Dana Goldberg of Skydance Media were set as executive producers.

Star Trek 4 is in development at Paramount Pictures.

Because of the Anton Yelchin’s untimely passing before the release of Star Trek Beyond (2016),  J.J. Abrams had said that his character Pavel Chekov would not be recast for the fourth film.

In July 2016, J.J. Abrams stated that Chris Hemsworth would return as James T. Kirk’s father, George Kirk, whom he portrayed in the opening prologue of Star Trek (2009).  But Hemsworth departed from the fourth film because he had found the screenplay underwhelming.

But you don’t need to be disappointed and if you are a big fan of  Chris Hemsworth,  then do check it all about these films: 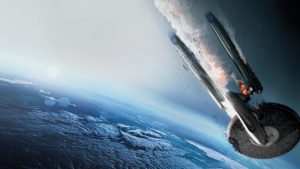 Nothing is known about the plot, except that the fourth film of the new Star Trek universe should be less bombastic.

The current iteration of the big screen Star Trek film franchise began in 2009 with  J.J. Abrams’  quasi-reboot Star Trek,  the film dealt with Star Trek’s  version of Star War’s  New Hope Hope;  where a world-destroying ship was stopped by a tiny and small vessel.

The sequel, 2013’s Star Trek Into Darkness, was just a remake of Wrath of Khan. The third film, 2016’s Star Trek Beyond, had a great idea but it ended up being a generic science fiction film with “Star Trek” slapped on it instead. 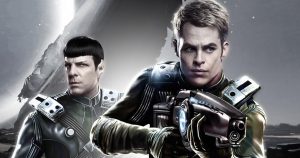 The one constant from those three previous  films is that they are not reboots but something more akin to “reimaginings.”  That was how Ronald D. Moore’s “Battlestar Galactica” is referred to as, since the characters, machines, and villains were the same as the 1970s show. Still, the scenarios and storyline were utterly different.

Instead of world-ending ships or a swarm of space bugs or a vengeful Khan, the fourth film should really lean back on what fans want from Star Trek; debate. 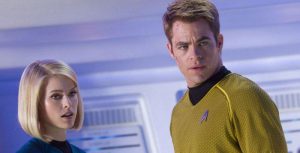 In June 2015, before filming for Star Trek Beyond began, Paramount Pictures completed last-minute contract re-negotiations with the main cast members of the Star Trek franchise’s films. This gave the actors pay rises while signing Chris Pine and Zachary Quinto to return for a fourth film in their roles.

If you are a big fan of Chris Pine too and want to know more about his films, then you can check it all about these films:

On July 15, 2016, while promoting the release of Beyond, producer J. J. Abrams confirmed plans for the fourth film and stated that the fourth film would see Chris Hemsworth reprising the role of George Kirk.

On July 18, Paramount Pictures officially announced a fourth film with the title  Star Trek 4  as a temporary title.  The announcement confirmed the return of Hemsworth and Pine as well as “most of the cast from Star Trek Beyond”.

In September 2017, Tarantino was asked about directing a Star Trek film and he replied, “It would be worth having a meeting about”.  Earlier in 2017, both Pine and Quinto separately stated that they had not heard any updates about a new Star Trek film except that it was being written.

In December 2017, Tarantino approached Abrams and Paramount about an idea he had for a new Star Trek film, and development on the project began at the studio. In April 2018, at CinemaCon, Paramount CEO Jim Gianopulos stated that both Star Trek films (Beyond and Star trek 4) were in development separately.

Meanwhile to, keep yourself updated about  “Riddick 4”  with our article based on the latest information.

The film hasn’t started production yet, meaning there’s no trailer for this film.

In addition, this is significant in that it is the first Star Trek film to be written by female screenwriters. Recent attempts at scripting Trek films were done by The Revenant‘s Mark L. Smith (for Quentin Tarantino) and another by Noah Hawley.

The first film, Star Trek (2009) and its sequel, 2013’s  Star Trek Into Darkness, were box office hits and received positive critical response. While 2016’s Star Trek Beyond was received negative reviews by critics and fans, it struggled at the box office.

So, these are the major information about Star Trek 4. We ‘ll update this as soon as there’s any official confirmation about this film. So, stay tuned here for more updates.

And let me know are you excited for this film? Have you seen previous three films?