‘Spiral (2021)’ (also known as Spiral: From the Book of Saw) is an upcoming American horror crime mystery film.

It is directed by Darren Lynn Bousman, and written by Josh Stolberg and Peter Goldfinger. It is the ninth installment in the Saw franchise.

The film is Produced by Oren Koules and Mark Burg.

What is the movie ‘spiral’ about? 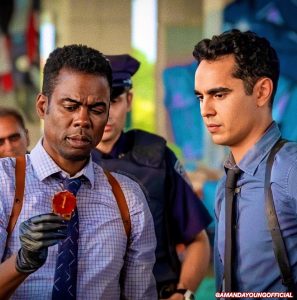 A sadistic mastermind unleashes a twisted form of justice in SPIRAL, the terrifying new chapter from the book of SAW.

Working in the shadow of an esteemed police veteran Marcus Banks (Samuel L. Jackson), brash Detective Ezekiel “Zeke” Banks (Chris Rock) and his rookie partner (Max Minghella) take charge of a grisly investigation into murders that are eerily reminiscent of the city’s gruesome past.

Unwittingly entrapped in a deepening mystery, Zeke finds himself at the center of the killer’s morbid game. 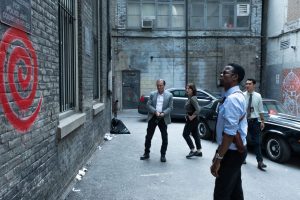 Originally set for an October 23, 2020 release, Spiral was actually brought forward by Lionsgate to May 15, 2020 – but then the current global situation hit and it had to be delayed.

The movie will now be released in US and UK cinemas on May 14, 2021, taking the release date that was previously occupied by John Wick: Chapter 4 (which has now moved back to 2022).

Filming took place in Toronto between July and August 2019, so the movie is ready to be unleashed and hopefully won’t face any further delays.

‘Spiral’: From the Book of Saw Trailer

Lionsgate Movies has released an official trailer for the upcoming film on March 30, 2021. You can watch it here:

So, how was the trailer? Did you like it ? Do share your thoughts about it in the comments section given at the end of this post?

The film is coming out in the United States on May 14, 2021, by Lionsgate. It seems we will be waiting quite some time to watch it.