It is a spin-off of the G.I. Joe film series directed by Robert Schwentke.

Who is in the cast of ‘Snake Eyes’ Movie?

Additionally, Takehiro Hira and Steven Allerick have been cast in undisclosed roles.

What is the Plot of ‘Snake Eyes’? 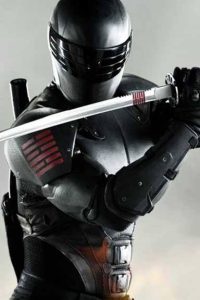 Tts premise serves as an origin story of the character Snake Eyes.

In the G.I. Joe comics published by Marvel, Snake Eyes was a Vietnam War vet who served in the U.S. military with Storm Shadow. Upon their return stateside, Snake Eyes learns his family was killed in a car accident.

Left without a home, Storm Shadow took in Snake Eyes to Japan, where they trained together as ninjas in the Arashikage clan.

Snake Eyes excelled in his training, currying favor with Storm Shadow’s uncle Hard Master. This created a rift between Storm Shadow and Snake Eyes, who fight on opposite sides of the G.I. Joe/Cobra Command conflict.

Before joining G.I. Joe, Snake Eyes lived a secluded life in the High Sierras with his pet wolf, Timber. In an early mission for the Joes, Snake Eyes’ face was disfigured, leaving him to conceal himself behind a balaclava.

His vocal cords were also damaged, which explains why Snake Eyes never speaks. Among the G.I. Joe team, Snake Eyes develops a relationship with Scarlett.

Little else is known about Snake Eyes’ identity, including his real name. He has been shown to be a blonde, Caucasian male with blue eyes.

What is the Release date of ‘Snake Eyes Movie’?

Snake Eyes movie is scheduled for release on July 23, 2021 in RealD 3D, Dolby Cinema, and IMAX.

Paramount later rescheduled the film for October 22, 2021, a whole year later from its previous release date, before it was moved up to July 2021.

Snake Eyes: G.I. Joe Origins is silently and stealthily shifting its way out of a 2020 film industry schedule that’s been snakebit by the COVID 19 pendamic.

Is there a Trailer for ‘Snake Eyes’?

Paramount Pictures has released an official trailer for ‘Snake Eyes’ movie. If you haven’t watched it yet, so you can watch it here: 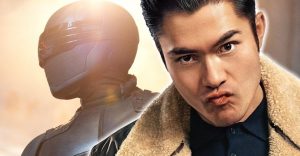 This extended delay, however, has little to do with production being shut down because of the COVID-19 pandemic as principal photography for Snake Eyes movie wrapped in February 2020, just weeks before the entertainment industry was brought to an abrupt halt.

The announcement that shooting had wrapped came via an Instagram post from the film’s lead, who praised the cast and crew for everything they did during the shoot in locations such as Vancouver, Canada and Japan.

It still remains to be seen, however, if there will be any reshoots required ahead of the action flick’s October 2021 release.

Finally, ‘Snake Eyes’ is coming out on July 23, 2021 in RealD 3D, Dolby Cinema, and IMAX.
It looks like we’ll be waiting quite some time before we see the masked ninja in action.