It is directed by Dexter Fletcher, who will take over from series creator Guy Ritchie. The film is written by Chris Brancato and Arthur Conan Doyle.

Although the death of Tony Stark was devastating for moviegoers, it did wonders for Robert Downey, Jr.’s other franchises.

He’s starting off a Dr. Dolittle reboot series next year and Warner Bros. have announced a third movie in his Sherlock Holmes franchise.

Downey’s last movie in the role of the iconic Victorian detective was released before the Avengers assembled at the end of the MCU’s Phase 1, after which Downey found himself pretty busy, so the threequel has been a long time coming.

But, what can we expect from this film? With a director hired and a release date set, here’s everything you need to know about ‘Sherlock Holmes 3’ movie: 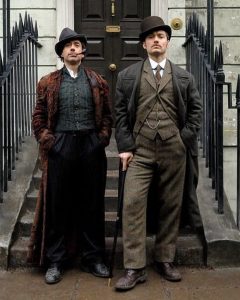 The plot details is unknown yet.

As of yet, we don’t have a teaser trailer or regular theatrical trailer for Sherlock Holmes 3. It’s not like Warner Bros. is holding out on us.

Production hasn’t yet begun, so there’s no footage to make a trailer from. Marketing for the threequel is still a few months away, but we’ll get a trailer in due time. 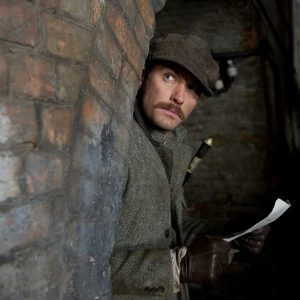 Warner Bros originally set a December 25, 2020 release date for the third movie, but has now pushed it back by a whole year to Christmas 2021 due to the COVID-19 pandemic.

This ended up being a wise move because of the COVID-19 pandemic shutting down productions and delaying theatrical releases throughout most of 2020, giving the film’s producers — Susan Downey, Joel Silver, and Lionel Wigram — extra time to work out all the details before principal photography begins.

New Sherlock Holmes is currently scheduled to be released on December 22, 2021.

According to director Dexter Fletcher, since then, however, with the state of the world as it is, the film has been put on “the back burner” .

He said: “That’s sort of sitting on the back burner at the moment until it becomes clear where the world is at and what’s going to happen.”

Speaking about Sherlock 3 and another film he has in production, The Saint, Fletcher added: “They’re both up against the same dilemma, the same issue that we all: How do you get large groups of people together to create something and then shift them all around the world? “And what do you do with actors that are in a love scene? It’s complicated.” 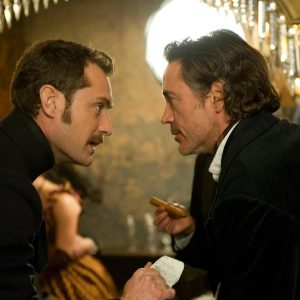 Ritchie’s Sherlock Holmes films have always been Christmas events. The first was released on December 25, 2009, while sequel A Game of Shadows debuted on December 16, 2011.

It was reported that Sherlock Holmes 3 already started filming earlier. Robert Downey Jr. and Jude Law will reprise their roles from the previous film.

Are you excited to watch it? Do share your thoughts about this film in the comments section given at the end of this post.