It will be the franchise’s third feature film following Follow That Bird in 1985 and The Adventures of Elmo in Grouchland in 1999.

This Film is finally on the way, here’s everything we know about it so far. 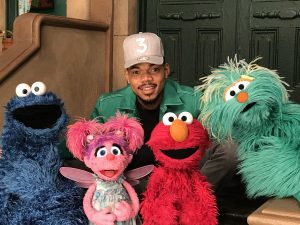 Sesame Street has had two theatrically released movies, but both of them have seen cameos from famous faces.

Follow That Bird in 1985 featured cameos from Chevy Chase, John Candy, and Waylon Jennings. Elmo in Grouchland in 1999 had appearances from Mandy Patinkin and Vanessa Williams.

Since this new Sesame Street movie sounds like it will be more in the vein of Follow That Bird, I wouldn’t be surprised if we got a big ensemble cast of famous people like The Muppets movie from 2011, especially since the show just celebrated its 50th anniversary last year.

The story follows—Big Bird and his Sesame Street friends are mysteriously expelled from their neighborhood, finding themselves in Manhattan.

They team up with a plucky history show host Sally Hawthorne (Anne Hathaway) who’s on a quest to save her show and prove that Sesame Street actually exists, with obstacles created by the “evil” Mayor, with reasons of his own for keeping Sesame Street hidden from the world.

The film from “Portlandia” creator Jonathan Krisel was first slated for a release in January 2021 before being pushed back to the summer this past July.

Now, the “Sesame Street” live-action film has been pushed back again, this time another half a year to January 14, 2022, Warner Bros. announced.

It’s slated for release on the same day as ‘Scream’, ‘The 355’ and “Nimona” the animated action and adventure film from 20th Century Fox and Disney. 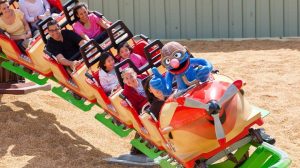 Trailer and any videoclip of this movie is not available. Sorry for this. With a 2022 release date we are hoping till a late 2021 trailer. We’ll update this as soon as there’s any official confirmation about the trailer.

Sesame Street is Finally coming out in next year on Friday, January 14, 2022 in USA by Warner Bros.

However, if you’re excited to take your family to see the Sesame Street movie, you’ll be waiting a little longer, because it’s not slated to arrive until January 14, 2022, which is nearly one whole year away.

“Sesame Street is very big in our house right now,” Hathaway said. “But I love the show and really wouldn’t trust anyone that wasn’t a Sesame Street fan. It would be like, what’s wrong with you?”

So, these are the major information about the film. Are you as waiting for this movie as we are? Are you eager to watch this movie? Let us know in the comments section given at the end of this post.