The movie will be produced by Walt Disney Studios and will be released through their 20th Century Studios subsidiary.

Here’s everything we know about this film so far.

This film follows the story of Barney,  a socially awkward  middle-schooler  and Ron,  his new walking,  talking, digitally-connected   device which is supposed to be his  ‘Best Friend out of the Box’ .

Ron’s hilarious malfunctions set against the backdrop of the social media age, launch them into an action-packed journey in which boy and robot come to terms with the wonderful messiness of true friendship.

Also Read: Ladybug and Cat Noir Awakening | Everything You Need to Know 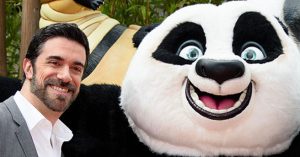 Disney has made two adjustments to their film release schedule for 20th Century Studios’  The New Mutants and Ron’s Gone Wrong.

Ron’s Gone Wrong was originally set to be released on February 26, 2021 but it was delayed during the COVID-19 outbreak.

Then it was scheduled for release on April 23,  2021 by Walt Disney  Studios Motion Pictures through their 20th Century Studios subsidiary,  but it was delayed again.  Now, it has got a new release date. On January 22, 2021,  the film was then delayed further to October 22, 2021.

Also Read: Enchanted 2 | Everything You Need to Know

The trailer and any video clip of this movie is not available yet. Sorry for this. We’ll update this as soon as there’s any official confirmation about the movie. So, when is it arrived you can watch it here.

Ron’s Gone Wrong  is the first project between Fox and Locksmith,  which is expected to deliver one film every 12-18 months.

“This new animated film is all about humor and heart and will be enjoyed by audiences around the world,”  said Paul Gitter,  SVP,   20th Century Studios Licensing.

“Collaborating with TOMY allows us to bring the magic of the movie home, with an energetic and imaginative toy line we know kids and fans will love.”

Disney fans are very excited about this movie, it is finally coming out in 2021 on Friday October 22, 2021.

To know more about any exciting series falling in various categories like  Anime,  action,  superhero, etc., you can check the website and pick the right option for you as there are a abundance of them.

So, these are the major information about the film. Are you ready to watch it? Let us know in the comments section given at the end of this post.