But, what can we expect from this film? Here’s everything you need to know so far about this film:

The story follows, “Nicolas Bannister, a rugged and solitary veteran living in a near-future Miami flooded by rising seas, is an expert in a dangerous occupation: he offers clients the chance to relive any memory they desire. 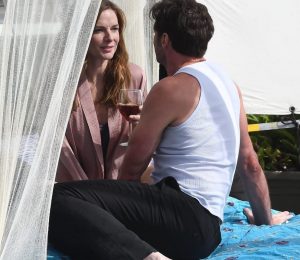 His life changes when he meets Mae. What begins as a simple matter of lost and found becomes a passionate love affair.

But when a different client’s memories implicate Mae in a series of violent crimes, Bannister must delve through the dark world of the past to uncover the truth about the woman he fell for”.

Warner Bros. bought the distribution rights to Reminiscence in March 2019, initially planning to debut the film theatrically at April 16, 2021.

But the slot was given by Warner Bros. Studios to their other martial arts fantasy action movie, Mortal Kombat, which faced problems due to coronavirus.

The upcoming Hugh Jackman film was even removed from Warner’s release schedule, and fans begin to speculate that a long delay will be coming. Now, it is back in the group. 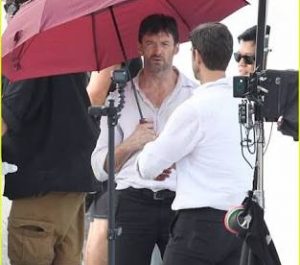 Hugh Jackman took to his social media handles to update fans about the Reminiscence release date.

The actor revealed that the Reminiscence release date in the United States of America is set for September 3, 2021, in theatres and on HBO Max, with no extra cost for subscribers for a period of one month, after which the film will be removed until the normal home media release schedule period.

He shared a video giving a glimpse at the movie. It shows the old footage which Warner Bros. has already dropped.

The film will start to roll out in international markets from August 25, 2021. Check out the small video below.

Warner Bros Pictures has released an official trailer for ‘Reminiscence‘ movie. If you haven’t watched it yet, so you can watch it here:

‘Reminiscence’ is finally coming out on September 3, 2021. While audiences will still have to wait a little longer to see Jackman’s latest role.

The movie will face competition in the USA as it is premiering on Labor Day weekend. Other projects currently lined-up for the same date are Paramount’s Jackass and Screen Gems / Constantin’s Resident Evil reboot starring Kaya Scoldelario.

Clashing might be unavoidable, following a long hiatus in the entertainment industry.