It is directed by Guillermo del Toro and Mark Gustafson, based on Gris Grimly’s design from his 2002 edition of the 1883 Italian novel The Adventures of Pinocchio by Carlo Collodi.

It has a screenplay by del Toro, Gris Grimly, Patrick McHale and Matthew Robbins and a story by del Toro and Robbins. The film marks the animated feature film directorial debut of del Toro.

But, what can we expect from this film? Here’s everything we know about it so far: 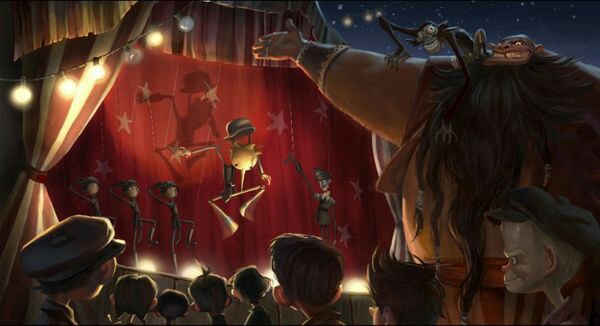 The stop-motion animated musical film will retell the classic story of the famous Carlo Collodi fairy tale about the extraordinary journey of a wooden puppet who dreams of becoming a real boy.

When Pinocchio comes to life, he turns out not to be that nice of a boy, creating mischief and playing mean tricks. He eventually learns a few lessons. It’s now set during the rise of fascism under Mussolini in 1930s Italy.

Filming started on January 31, 2020, in Guadalajara (Maxico) and Portland (Oregan).

The movie first began its life in 2011 (although it was originally first conceived in 2010) when it was announced a stop-motion animated movie was on the way with Guillermo del Toro and Matthew Robbins writing the movie and Gris Grimly and Mark Gustafson directing, until 2012, del Toro officially replaced Grimly. After years of wallowing in development hell, the project landed at Netflix in the fall of 2018.

Netflix finally announced in October 2018 that it would be releasing the movie. On November 6, 2018, Netflix set the film’s release date for 2021.

On January 14, 2021, Netflix CEO Ted Sarandos revealed that the film’s release could be moved to “2022 or later”, with Netflix releasing six animated films a year.

The streaming giant doesn’t need to worry about any competition with Disney’s live-action remake of 1940’s Pinocchio, because, as always, del Toro is going in a wildly unexpected direction.

Recently speaking with SYFY WIRE, one of the film’s screenwriters, Matthew Robbins, said that the movie is “as far as you can get from the Disney-fied” version.

There’s no trailer for this film as of yet, sorry for this. We’ll update this as soon as there’s any official confirmation about the trailer.

In addition, Robbins and del Toro briefly considered doing Pinocchio in 2D with French artist Joann Sfar, but del Toro ultimately decided that he wouldn’t budge on the costly and labor/time-intensive stop-motion element.

So, these are the major information about the film, it is coming out in 2021.