‘Nobody (2021)’ is an upcoming American action, crime, drama film directed by Ilya Naishuller. Derek Kolstad is the writer of this film. The producers of this film are Braden Aftergood, Kelly McCormick, Bob Odenkirk and Marc Provissiero.

Scott Watson is associate producer of this film. Executive producers of this film are Marc S. Fischer, Derek Kolstad and David Leitch. 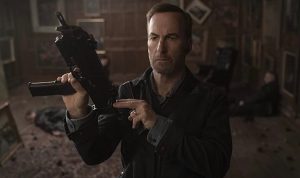 The story follows, “Emmy winner Bob Odenkirk stars as Hutch Mansell, an underestimated and overlooked dad and husband, taking life’s indignities on the chin and never pushing back. A nobody. 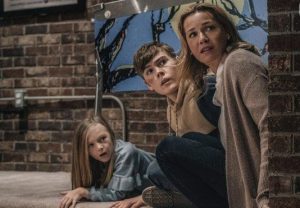 When two thieves break into his suburban home one night, Hutch declines to defend himself or his family, hoping to prevent serious violence.

His teenage son, Blake (Gage Munroe, The Shack), is disappointed in him and his wife, Becca (Connie Nielsen), seems to pull only further away.

The aftermath of the incident strikes a match to Hutch’s long-simmering rage, triggering dormant instincts and propelling him on a brutal path that will surface dark secrets and lethal skills.

In a barrage of fists, gunfire and squealing tires, Hutch must save his family from a dangerous adversary (famed Russian actor Aleksey Serebryakov, Amazon’s McMafia)-and ensure that he will never be underestimated as a nobody again”. 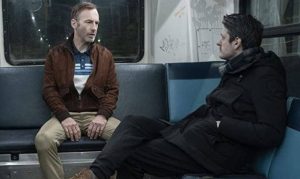 The film has had its release date changed four times due to COVID-19, but Universal has been utilizing the time to advertise the movie more with the film making a humorous appearance during the Super Bowl.

The trailer has been arrived. If you haven’t watch it yet, so watch it here:

‘Nobody’ is coming out on Friday, March 26, 2021. So, these are the major information about the film.

Based on the success of the John Wick franchise, it is safe to assume Nobody will do well with audiences given it has all the similar components in the trailer such as guns, action sequences, adversaries, and emotional motivations.

It was recently announced that movie theaters will slightly reopen in NYC on March 5, which is vital for an action movie. So it will be intriguing to see in this month how the box office responds when the movie premieres.