It is directed by Guillermo del Toro with a screenplay by del Toro and Kim Morgan, based on a bestselling novel of the same name by William Lindsay Gresham.

The producers of this film are J. Miles Dale and Guillermo del Toro.

Leonardo DiCaprio was originally set to star as Stanton “Stan” Carlisle, but Bradley Cooper replaced him back in 2019 due to scheduling conflicts. 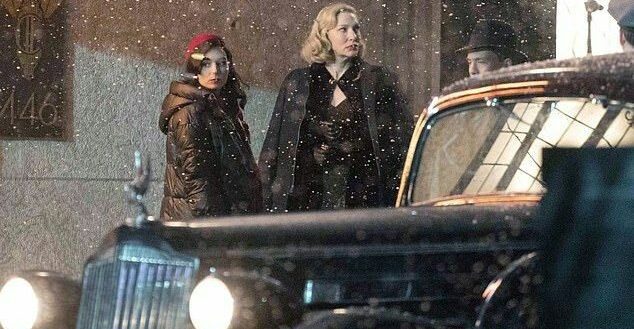 In this film, an ambitious carny (Bradley Cooper) with a talent for manipulating people with a few well-chosen words meets a female psychiatrist (Cate Blanchett) who is even more dangerous than he is.

‘Nightmare Alley’ is scheduled to be released on December 3, 2021.

Principal photography on Nightmare Alley began in January 2020, but in March 2020, it would join the club of countless Hollywood projects put on pause in the wake of Covid-19’s global outbreak.

Disney, which owns the film’s distribution company Searchlight Pictures, halted production on the film due to the COVID-19 pandemic.

Del Toro took to Twitter to announce the completion of principal photography as well as reveal that the movie is now set to open in December 2021:

And now, the film is headed for release on December 3 from Searchlight Pictures.

Guillermo Del Toro spoke about the film’s production during a Live conversation over the summer.

“We stopped the shoot a week before [the industry shut down]. We reacted super fast, we proposed the studio to stop as opposed to being asked to stop. That saved us. Nobody to my knowledge in the cast or the crew got coronavirus. We were roughly 45 percent in. We were literally in the middle of a great scene. And we went to lunch and talked to the studio and when we came back we said, ‘Everybody leave your tools and leave now.’”

Trailer is not available yet, sorry for this. With a 2021 release date, we may get a trailer soon. We’ll update this as soon as the trailer comes.

The novel by Gresham was first adapted into a 1947 noir directed by Edmund Goulding, starring Tyrone Power alongside Joan Blondell, Coleen Gray and Helen Walker. Guillermo del Toro’s version of Nightmare Alley (2020) isn’t a remake of the 1947 film version but a re-adaptation of the novel.

The film is coming out on December 3, 2021. That is primarily a time when studios release films they consider award-worthy and it’s the same month del Toro’s Oscar-winning “The Shape of Water” was released.