It is directed by Simon McQuoid (in his feature directorial debut) from a screenplay by Greg Russo and Dave Callaham and a story by Oren Uziel and Russo.

The film is based on the video game franchise of the same name created by Ed Boon and John Tobias, serving as a reboot to the Mortal Kombat film series and the third installment overall.

The film is produced by James Wan, Todd Garner and distributed by Warner Bros. Pictures. 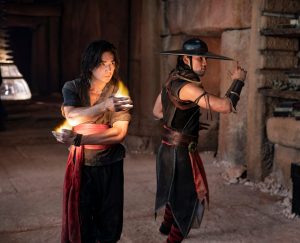 The film follows a former professional  MMA fighter  Cole Young  (Lewis Tan), who accustomed to taking a beating for money, is unaware of his heritage-or why Outworld’s Emperor Shang Tsung (Chin Han) has sent his best warrior, Sub-Zero (Joe Taslim), an otherworldly Cryomancer, to hunt Cole down. Cole is attacked alongside his family by Sub-Zero.

Fearing for his family’s safety, Cole goes in search of Sonya Blade (Jessica McNamee) at the direction of Jax (Mehcad Brooks), a Special Forces Major who bears the same strange dragon marking Cole was born with.

Soon, he finds himself at the temple of Lord Raiden (Tadanobu Asano), an Elder God and the protector of Earthrealm, who grants shelter to those who bear the mark.

Here, Cole trains with skilled warriors Liu Kang (Ludi Lin), Kung Lao (Max Huang) and rogue mercenary Kano (Josh Lawson), as he prepares to stand with Earth’s greatest champions against the enemies of Outworld in a high risks battle for the universe.

But will Cole be pushed hard enough to unlock his arcana-the immense power from within his soul-in time to save not only his family but to stop Outworld once and for all?

You can check it here:

So, how was the trailer? Did you like it? Do Share your thoughts about it in the comments section given at the end of this post.

The movie poster tweeted out by the official MK movie Twitter account.
Check out the new MK poster below;

In May 2019, it was announced that the film had entered pre-production, would be shot in at Adelaide Studios and other locations in South Australia. Shooting lasted from September 16, 2019 to December 13. Todd Garner stated that  “we have more days to shoot” in his statement regarding the film’s release delay.

The film was theatrically released internationally, beginning on April 8, 2021. It was released in the United States on April 23, 2021, in both theaters RealD 3D, and IMAX 3D and on HBO Max.

However, COVID-19 pandemic delayed the release date and it was then set to hit the theatres on April 16. In late March 2021, the film was delayed one week to April 23.

As part of its plans for all of its 2021 films, Warner Bros. also streamed the film simultaneously on the HBO Max service for one month, after which the film will be removed until the normal home media release schedule period. 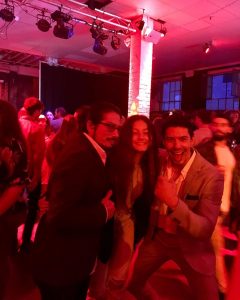 Mortal Kombat  was released on April 23, 2021, simultaneously in theaters in 3D and on the HBO Max streaming service by Warner Bros. Pictures.

The film received mixed reviews from critics and it has grossed $72 million worldwide. It was also a streaming hit, becoming the most successful launch item in HBO Max’s history.

So, these are the major information about the film. Have you seen it? Did you like it? Let us know in the comments section given at the end of this post.