‘Malignant (2021)’  is an upcoming American horror thriller film directed by James Wan from a screenplay by Akela Cooper based on an original story by Wan, Ingrid Bisu and Cooper.

Michael Clear, James Wan are producers and Jennifer Conroy is co-producer of this film.

The film is being financed through Starlight Media and Midas Innovation, who will distribute in China as New Line handles the remaining distribution.

But, what can we expect from this film? Here’s everything you need to know so far about this film: 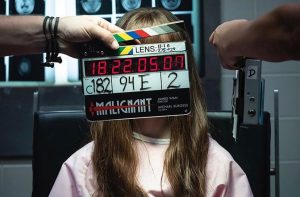 Details around Malignant’s plot and possible connections to other Wan movies have been kept under wraps. But we do know that Malignant is an R-rated horror film that homages the Italian slasher murder mystery genre Giallo. It’s rated R for “Strong horror violence, gruesome images, and for language”.

While Wan is the filmmaker who launched the blood-filled Saw franchise, most of his horror movies haven’t been abundantly gory, so it sounds like he’s got something special cooked up for horror fans here.

Malignant (2021) was previously scheduled to be released in the United States on August 14, 2020, by Warner Bros. Pictures, but due to the COVID-19 pandemic, the film was removed from the release schedule in March 2020. 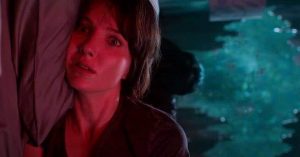 In January, Wan announced on his Instagram that Malignant would be released in theaters and HBO Max on September 10, 2021. He also shared an ominous new image from the movie.

The image shows a gloved hand holding a knife with golden wings at the blade. It’s unclear what this knife is for or how it will figure into Malignant’s plot (which we still know nothing about but do know Wallis is the lead).

While Wan did not provide any plot details or explanation about the knife, he did offer up a little caption about his new movie.

He shared, “I finally wrapped it last week. This was supposed to be my ‘little horror thriller’ I do between the big ones, but the pandemic pushed it as long the big ones.”

Wan continued, “I’m super excited for this film. I don’t even know how to describe it. I wanted to do something original and genre-bending, and different to my other work, but still in the spirit of the horror-thrillers I grew up with. More to come.”

So, Malignant is scheduled to be released on September 10, 2021 by Warner Bros. Pictures.

As part of its plans for all of its 2021 films, Warner Bros. will also stream Malignant simultaneously on the HBO Max service for a period of one month, after which the film will be removed until the normal home media release schedule period.

Warner Bros Pictures  has released an official trailer for ‘ Malignant’ movie . If you haven’t watched it yet, so you can watch it here:

Malignant is the second collaboration between Annabelle Wallis and James Wan. She earlier starred in Annabelle (2014), which was produced by Wan.