‘King Richard’ is an upcoming American biographical drama film. It is directed by Reinaldo Marcus Green and written by Zach Baylin.

The film follows Richard Williams, the father and coach of tennis players Venus and Serena Williams. 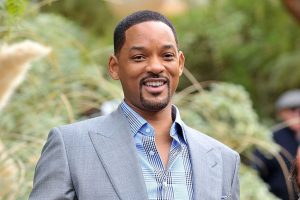 The movie is focused on Richard Williams, who dreamt of making his daughters, Venus and Serena Williams, the best tennis players in the world. The movie will follow his hardships, the struggle, the practice, and how he pulled off his dream.

Together, Venus and Serena Williams have won 30 Grand Slam singles titles and four Olympic gold medals. From the start, both of the sisters have reigned every tennis court they have set foot on. And this, along with their father, will be their story.

The production for the movie was halted due to the Coronavirus pandemic, and it is uncertain when will it resume. So, a trailer should not be expected until mid-2021.

But, we can expect teasers and snaps as soon as the production resumes.

The film was previously scheduled to be released on November 25, 2020, but it was delayed due to the COVID-19 pandemic.

Now, it is scheduled to be released on November 19, 2021 in theaters and on HBO Max.

The tennis rackets and tensions have come down in the lawsuit over Will Smith’s film about the life and legacy of Serena Williams and Venus Williams’ father.

Less than two months after TW3 Entertainment and Power Move Multi Media filed a breach of contract complaint against Smith’s loan-out company, Richard Williams, his son and Warner Bros, among others, over King Richard, the parties have reached a deal.

“The matter has been resolved informally,” says WB tonight after paperwork was put forth in LA Superior Court last week over the June 24 instigated action surrounding who actually owns the rights to the elder Williams’ story.

However, resolved might be a bit of a stretch.

Yes, as documents assert, the parties “have entered into a settlement of this matter. And Plaintiffs are dismissing their claims against these defendants with prejudice,” said an order signed on August 7 by Judge Mel Red Recana.

And while the plaintiffs are expecting to be pocketing some cash, Power Move and TW3 also want the courts to maintain “jurisdiction over the parties to enforce the payment term in the settlement” – AKA: Make sure they pay up like they’re supposed too in the next three weeks.

Read more: Judas and the Black Messiah: Cast, Plot, Trailer, Release Date and Everything You Need To Know 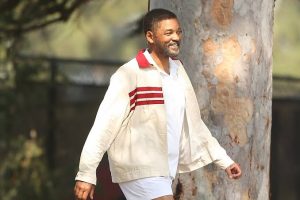 Will Smith is back on set to film movie King Richard, a biopic about the life of Serena and Venus Williams’s father.

The actor, 52, and two-time Oscar nominee, was seen wearing a white tennis outfit in Los Angeles, California. The star appeared to be making his way to an outdoor tennis court for filming.

Smith, the star of Aladdin and Bad Boys, sported a fuller beard than normal in order to portray the now 78-year-old sporting legend.

Filming for the movie was halted back in March due to the Covid-19 pandemic. It is due for release in November.

Undoubtedly, the movie will be a hit as the project is quite hard-hitting. Under the production companies of Overbrook Entertainment and Star Thrower Entertainment, the film has been finally coming out on November 19, 2021.

It looks like we’ll be waiting quit some time before we see Will Smith and his daughters in tennis court. So, are you excited for this film? Do share your thoughts about it in the comments section given at the end of this post.