‘Judas and the Black Messiah’  is a 2021 American  biographical drama historical film.  It is based on the life of Fred Hampton, chairman of the Black Panther Party in late 1960s Illinois.

Directed by Shaka King who also produced it with Charles D. King and Ryan Coogler.  Shaka King and Will Berson is the writer of this film.  It is based on a story by the pair and Kenny and Keith Lucas.

‘Judas and the Black Messiah’ Cast 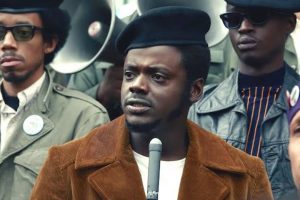 ‘Judas and the Black Messiah’ Plot

In 1968, Fred Hampton, a young, charismatic activist, became Chairman of the Illinois chapter of the Black Panther Party, who were fighting for freedom, the power to determine the destiny of the Black community, and an end to police brutality.

Hampton was inspiring a generation, which put him directly in the line of fire of the FBI and Chicago PD. To destroy the revolution, the authorities are going to need a man on the inside.

Facing prison, O’Neal is offered a deal by the FBI: if he will infiltrate the Black Panthers and provide intel on their charismatic leader, Chairman Fred Hampton, he will walk free.

21 Years old chairman Fred Hampton was assassinated by the FBI. And today, Fred Hampton Jr. and his mother serve as chairman and board member of the Black Panther Party Cubs.

If you love biographies and want to know more, then you can check it all about these;

The United States vs. Billie Holiday 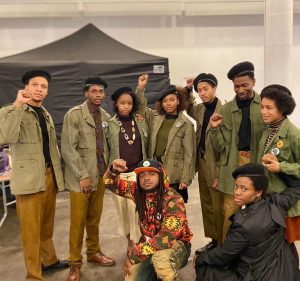 On February 1, 2021, Judas and the Balck Messiah had its world premiere at the 2021 Sundance Film Festival at both virtual and in-person screenings.

As part of Warner Bros. Pictures plans for all of its 2021 films, it also streamed the film simultaneously on the HBO Max service for a period of one month, after which the film was removed until the normal home media release schedule period.

‘Judas and the Black Messiah’ Trailer

So  how was the trailer? Did you like it? Do share your thoughts about it in the comments section given at the end of this post.

So, these are the major information about the film. Have you seen it? Did you like it? Do you like to watch biographical films? Let us know in the comments section .