It is directed by Jon M. Chu from a screenplay by Quiara Alegría Hudes.

Here’s what we know about the highly-anticipated musical adaptation so far. 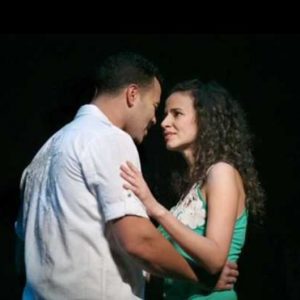 ‘In the Heights’ Plot

In the Heights centers on a variety of characters living in the neighborhood of Washington Heights, on the northern tip of Manhattan.

At the center of the show is Usnavi, a bodega owner who looks after the aging Cuban lady next door, pines for the gorgeous girl working in the neighboring beauty salon and dreams of winning the lottery and escaping to the shores of his native Dominican Republic.

Meanwhile, Nina, a childhood friend of Usnavi’s, has returned to the neighborhood from her first year at college with surprising news for her parents, who have spent their life savings on building a better life for their daughter.

Ultimately, Usnavi and the residents of the close-knit neighborhood get a dose of what it means to be home. 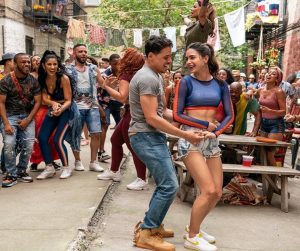 In the Heights was first screened virtually for critics on April 15, 2021.

It had its world premiere at the Tribeca Film Festival in New York City on June 9, 2021, following an advanced screening at the Los Angeles Latino International Film Festival on June 4, 2021 at the TCL Chinese Theater in Hollywood.

In the Heights was released in the United States on June 11, 2021. Like the rest of Warner Bros. movie line-up in 2021, the movie also streamed on HBO Max simultaneously.

Despite initial plans to hit theaters in June 2020, production was halted due to the coronavirus pandemic.

Miranda, who also starred in the musical that ran from 2008 to 2001, told Rosie O’Donnell during her COVID-19 fundraiser, “We were literally recording the score when all of this started happening. There’s a lot that remains to be done on that movie.”

‘In the Heights’ Trailer

Warner Bros. Pictures has released an official trailer for the upcoming film ‘In the Heights’. You can check it here:

At a special screening of the trailer, director Jon M. Chu described the film as “a beautiful story about change”.

“You can’t change the world if they don’t want to change, but never underestimate the power of planting a seed. I believe that this movie is an amazingly beautiful seed that can change a lot of minds.”

So, these are the major information about this musical film. Have you seen it? Did you experience it with your family and friends in a theater as an event. Let us know in the comments section.