‘House of Gucci’ is an upcoming American biographical crime drama film. It is directed by Ridley Scott.

The film is based on the 2001 book ‘The House of Gucci: A Sensational Story of Murder, Madness, Glamour, and Greed’ about the 1995 murder-for-hire of one of Gucci’s grandchildren, Maurizio, and the subsequent trial and conviction of his ex-wife. 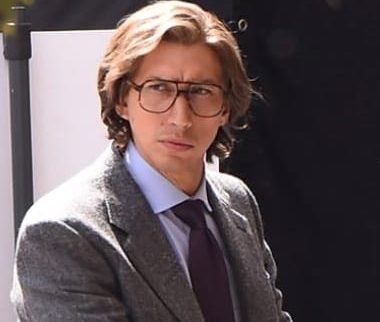 Robert De Niro was originally announced as being in talks to play Rodolfo Gucci but dropped out and was replaced by Jeremy Irons. 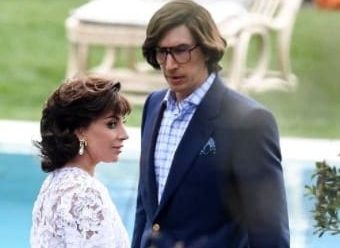 The film follows the story of Patrizia Reggiani, the ex-wife of Maurizio Gucci, plotted to kill her husband, the grandson of renowned fashion designer Guccio Gucci.

Maurizio was head of the company from 1983 until 1993, when he sold his stake in the company.

The movie, due out in November, is currently filming in Italy.

In March, Gaga shared the first look photo of her and co-star Adam Driver posing in-costume with a snow-filled mountain in the background. The caption, “Signore e Signora Gucci,” translates to Mr. and Mrs. Gucci.

Trailer is not available yet. Sorry for this. With a November release date, we can get a trailer sooner.

Members of the Italian luxury fashion house Gucci are not happy with the upcoming American film “House of Gucci,” currently in production.

Patrizia Gucci, who is the great-grandchild of Guccio Gucci, told the Associated Press that she is worried the film “goes beyond the headline-grabbing true-crime story and pries into the private lives of the Guccio Gucci heirs.”

“We are truly disappointed,” Gucci told AP. “I speak on behalf of the family. They are stealing the identity of a family to make a profit, to increase the income of the Hollywood system… Our family has an identity, privacy. We can talk about everything. But there is a borderline that cannot be crossed.”

Patrizia also said she had reached out to director Ridley Scott’s wife, Giannina Facio, to receive clarification on “the scope of the film,” but claimed she has yet to receive a response.

So, these are the major in formation about the film. The film is finally coming out on November 24, 2021 in the United States.

The film will be the second collaboration between Ridley Scott and Adam Driver with the first being The Last Duel (2021).

Are you excited to watch this film? Let us know in the comments section given at the end of this post.