It is written and directed by David Lowery. The film is based on the poem of  ‘Sir Gawain and the Green Knight’. 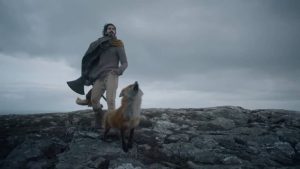 From visionary filmmaker David Lowery comes a fresh and bold spin on a classic tale from the knights of the round table.

The Green Knight, a fantasy adventure based on the Arthurian legend, tells the story of Sir Gawain (Dev Patel), King Arthur’s headstrong nephew, who embarks on a quest to confront the eponymous Knight, a gigantic tree-like creature.

Gawain battles with ghosts, giants, thieves, and conspirators in what becomes a deeper journey to define his character and prove his worth in the eyes of his family and kingdom by facing the ultimate challenger.

It was scheduled to have its world premiere at South by Southwest on March 16, 2020, followed by a theatrical release on May 29, 2020.

However, the festival was cancelled and the film was delayed from the schedule due to the COVID-19 pandemic.

To tide you over until July 2021, check out the trailer below:

So, how was the trailer? Did you like it? Do share your thoughts about this in the comments section given at the end of this post.

1.What does The Green Knight symbolize?

The Green Knight is symbol of death and a green holly bob, which some scholars interpret as a symbol of fertility and hope. Likewise, Sir Gawain beheads the Green Knight and yet he doesn’t died, he still lives.

2.Is the Green Knight good or bad?

Green Knight is brash and rude in his challenge to the court. He calling them only children and telling them that if he had come to fight, no one could stand against him. The romance pattern leads to the expectation that the Green Knight is a villain, an evil monster. 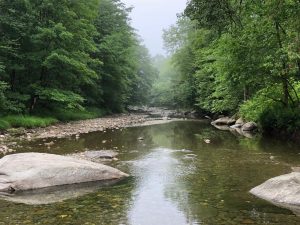 3.Why did the Green Knight not kill Gawain?

Just only because Gawain wanted to save his life, he didn’t dishonorable, the Green Knight forgives him. He leaves Gawain with only with a scar and a girdle as a reminder of his very human sin.

4.Why is green knight green?

When The Green Knight’s figure first time intrudes upon Arthur’s court, his green complexion immediately marks him as a supernatural character. His magical ability to survive beheading thus seems to somehow come from or be connected to his greenness. But we know that green also is a traditional reminder of the natural world.

Green Knight (film) is finally coming out in the united states on July 30, 2021.

So, wait until 30 July and then let’s all go to the theater to watch a tortured Dev Patel sword-fight a monster together.

If nothing else, a summer release date is awesome for horror movies and it reinforces A24’s confidence in this movie.

So, are you ready to watch it? Are you excited to watch it? Let us know in the comments section given at the end of this post.