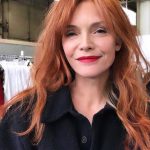 “My plan was to die before the money ran out,” says 60-year-old penniless Manhattan socialite Frances Price (Michelle Pfeiffer), but things didn’t go as planned.

Frances Price’s husband Franklin has been dead for 12 years and after his death the bank seized all the property of Frances Price. With his vast inheritance gone, the close-to-penniless widow and her directionless son, Malcolm, are left with only few options. They sell everything and cashes in the last of her possessions and resolves to live out her twilight days anonymously in a borrowed apartment in Paris, with a cat named Small Frank who may or may not embody the spirit of Frances’s dead husband.

Are you  searching another dark comedy films? If yes, then you can check it all about the  Don’t Look Up Movie .

Principal photography began in October 2019, with Paris and Montreal as the filming locations.

Sony Pictures Classics has released the official trailer for the new dark comedy French Exit on December 10, 2020. The official movie trailer confirms what the first image of Pfeiffer and Hedges teased: This is a dry, dark comedy for only the most refined palates.

If you haven’t watch it yet, so watch the trailer for the dark comedy in the video below:

On August 20, 2020, the studio scheduled this film to be released on February 12, 2021. But, in February 2021, it was announced the film would begin a limited release in New York City and Los Angeles on February 12, before going wide on April 2.

It had its world premiere as the Closing Night feature at the New York Film Festival on October 10, 2020.

The film made $1.6 million at the Box Office. It received mixed reviews from critics. Pfeiffer’s performance was praised and she was nominated for the Golden Globe Award for Best Actress in a Motion Picture– Comedy or Musical.

If you like the work of Michelle Pfeiffer and you are looking any movie of her, then you can check it all about the  Ant-Man 3 .

Michelle Pfeiffer has been three times Oscar nominated for “Dangerous Liaisons,” “The Fabulous Baker Boys,” “Love Field”, and a fourth nom could follow in 2021 thanks to her well-reviewed leading turn in Azazel Jacobs’  “French Exit.”

The actress said at the festival making the movie was one of her “top five most wonderful filmmaking experiences”.

If you want to watch the new comedy drama film  at tonight, then you can visit movies hub for the latest features….

So, these are the major information about the film. Have you seen this film? Do share your views about this film in the comments section given at the end of this post.