It is written by Craig Luck and Ivor Powell, and directed by Miguel Sapochnik. 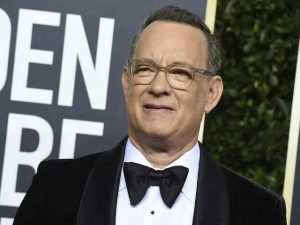 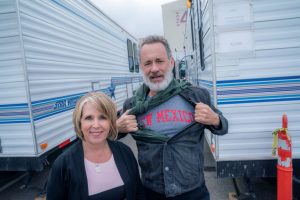 Tom Hanks  stars as Finch, a robotics engineer and one of the few survivors of a cataclysmic solar event that has left the world a wasteland.

But Finch, who has been living in an underground bunker for decade, has built a world of his own that he shares with his dog, Goodyear.

Now, though, Finch is terminally ill. With time running out, he creates a robot to watch over Goodyear when he no longer can.

As the trio embarks on a perilous journey into a desolate American West,  Finch strives to show his creation, who names himself Jeff, the joy and wonder of what it means to be alive and to teach him to become human enough to take care of Goodyear.  And Goodyear himself must learn to accept and trust his new master.

In the tradition of classic Amblin films, Finch is an epic-scale adventure anchored by a moving exploration of how complicated it is to be human and the unbreakable bond between people and their companions, both canine and created.

If you are looking other movies of Tom Hanks, then do check it all about  these  films:

‘Tom Hanks’ Upcoming Movie “News of the World” All About

The trailer and any videoclip of this movie is not available yet. Sorry for this. We’ll update this as soon as there’s any official confirmation about the trailer. 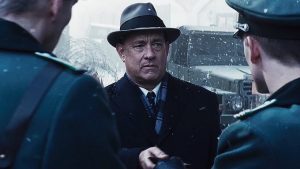 Finch movie  was previously scheduled to be released on October 2, 2020,  but in June 2020,  it was delayed to the April 2021 release date because  the Wonder Woman 1984  was jumping ship from its August release date to that Oct. 2 date in light of the COVID-19 pandemic shutting down theaters across the globe.   Then it was delayed to April 16, 2021.

In May 2021, it was announced that the film had been bought by Apple TV+  for a release on an unspecified date later in the year, likely during awards season.

Finch movie  is coming out later in 2021. Bookmark this page and check back often as we’ll update this page with more information as they come out.