‘Fear of Rain’  is a 2021 American psychological thriller drama film. It is written and directed by Castille Landon and distributed by Lionsgate.

Producers of this film are Dori A. Rath, Joseph J. Restraino, Robert Molloy and Joe Riley.

‘Fear of Rain’ Cast: Who’s in this movie cast?

Plot of ‘Fear of Rain’: What’s the movie about? 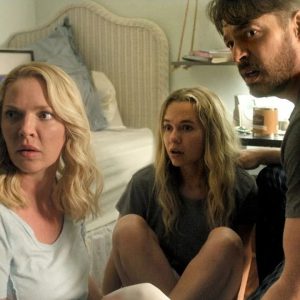 The film is For teenager Rain Burroughs (Madison Iseman), a diagnosis with schizophrenia means that every day is a struggle as she tries to figure out which of the disturbing images, harrowing voices, and traumatic feelings she experiences are real and which are all in her mind.

But when Rain insists against her parents’ (Katherine Heigl and Harry Connick, Jr.) advice that the shadows and cries from her neighbor’s attic are hiding a dark secret, she enlists help from Caleb (Israel Broussard), the charmingly awkward new boy at school – who himself may not be real.

Fear of Rain is  a terrifying thriller  that takes you inside Rain’s mind as she confronts the frightening hallucinations of her imagination to determine whether there is real horror hiding right next door. 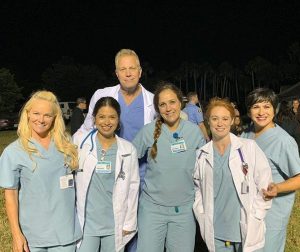 Principal photography began in April 2019 in Tampa, Florida and St. Petersburg, Florida. In November 2019, the film was in post-production.

“Fear of Rain” was released in the United States on February 12th, the same day that the movie released On-demand and on digital platforms.

It was released on Blu-ray and DVD on February 16th by Lionsgate.

Lionsgate has revealed the official teaser trailer their Young Adult (YA) thriller, Fear or Rain.

Fans of the thriller genre can watch the trailer for “Fear of Rain” below:

The movie was released to select theaters, VOD and Digital on February 12th, 2021, followed by a Blu-ray/DVD release on February 16th, 2021.

So, these are the major information about the film. Have you seen it? Let us know in the comments section given at the end of this post.