‘F9’ (alternatively known as ‘Fast & Furious 9’) is an upcoming American action film. It is directed by Justin Lin and written by Daniel Casey.

It is the sequel to The Fate of the Furious (2017). The film is the ninth main installment, and the tenth full-length film released overall in the Fast & Furious franchise.

There have been a total of eight fast and furious films which have been released while the ninth movie will be releasing next year in 2021.

Fast and Furious is one of the most loved franchises in the world. The series has a massive fanbase around the world. It is mostly loved for attractive cars, chasing scenes, heists, and much more.

Paul Walker as Brian O’Conner, was one of the most loved characters in the franchise. After the death of Paul Walker in 2013, it was believed that Furious 7 would be the last film of the franchise. 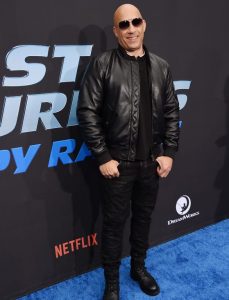 Additionally, Lucas Black reprises his role as Sean Boswell from previous films, while Bow Wow and Jason Tobin also reprise their roles as Twinkie and Earl Hu from The Fast and the Furious: Tokyo Drift (2006), respectively.

Cardi B portrays Leysa, a woman who shares a history with Dom. Anna Sawai portrays Elle while Michael Rooker was cast as Buddy. 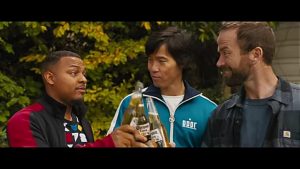 The film will be the continuation of The Fate of the Furious. F9 will introduce us to Dominic Toretto’s brother Jakob Torreto, a deadly assassin played by John Cena.

Jakob joins hands with Cipher and they cause a massive problem to Dominic and his family.

It has pushed back its original release date by a year. Universal Studios, the company behind the “Fast & Furious” franchise, made the decision because of the impact that the fast-moving coronavirus is having on the global economy and the distribution landscape.

Several high-profile releases have moved their release date as the rate of infection has increased. “A Quiet Place Part II” has opted not to premiere in March and the James Bond adventure “No Time to Die” moved from April to November.

These moves come at a cost. There’s often tens of millions of dollars in lost marketing revenue.

‘F9’ will have to wait a little longer to launch into space, as the latest instalment of the franchise has been delayed once again.

The ninth title in the vroom-vroom-bang-bang series, will finally open in cinemas on 25 June, 2021 in the United States. It is scheduled to world premiere in South Korea and Taiwan on May 19, 2021.