‘Escape Room 2’  is an upcoming American adventure  psychological,  horror,  action film directed by Adam Robitel and written by Bragi F. Schut and Maria Melnik. The film is a sequel to 2019’s Escape Room.

Producer Neal H Moritz are back, with Ori Marmur but the sequel has been hit with numerous delays like most other upcoming movies around.

It is Distributed by Sony Pictures Releasing.

But when it finally does arrive in cinemas, what can we expect from our return to the world’s most dangerous escape room?

Here’s everything we know about it so far: 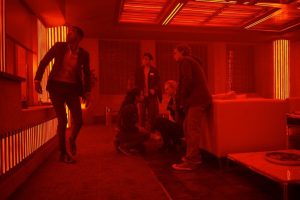 Taylor Russell and Logan Miller are set to reprise their roles from Escape Room (2019). 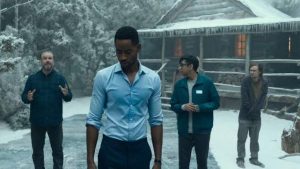 The first film is a psychological thriller about six strangers who find themselves in circumstances beyond their control and must use their wits to find the clues or die.

Meanwhile to, keep yourself updated about  Evil Dead Rise  with our article based on the latest information.

Before the latest delay, Robitel had said that a trailer was “in the works”, but we imagine any plans for a trailer release have also been delayed.

With a 2022 release date we are hoping till a late 2021. We’ll update this as soon as there’s any official confirmation about the trailer. 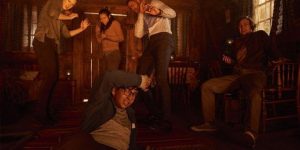 Escape Room owes everything to Saw, but it’s still slick. If you think you know what Escape Room is about just based on the title, you are right. Directed   by Adam Robitel  (Insidious: The Last Key), the movie stars six strangers who are invited to play an elite escape room.

2.Is Escape Room based on a book?

This creepy  new horror  movie  might remind you of your last team-building trip.  But seeing as the upcoming film portrays a   Machiavellian horror narrative about a group   of strangers who have to solve a series of puzzles in order to survive, you can rest assured that Escape Room is not based on a true story.

Escape Room ended with a clear setup for a potential sequel, and after earning over $150 million on a $9 million budget, Sony was happy to greenlight one.

Escape Room 2 is finally coming out on January 7, 2022, just three years after the original’s release.

But, if you want to watch any horror movie at this time, so you can visit  horror movies  hub for the latest features..