It is written by Julian Fellowes, the creator and writer of the television series of the same name. It is directed by Simon Curtis. The film is a sequel to the 2019 film Downton Abbey.

Producers of this film are Julian Fellowes, Gareth Neame and Liz Trubridge.

After six seasons and a movie, it’s impressive that Downton Abbey can still get the entire cast back together. 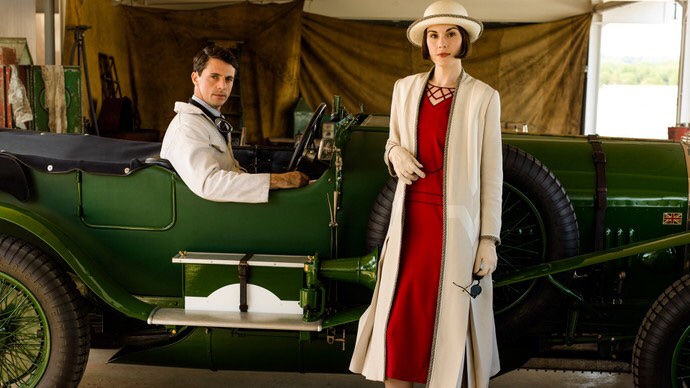 In the 2019 feature film the Crawley family and Downton staff received a royal visit from the King and Queen of Great Britain.

The new film is follow-up to the first film and it follows the lives of the Crawley family and their servants in the family’s Edwardian country house.

Jim Carter said in an interview with a British talk show last year that the script is “funny.”

“If you promise not to tell anyone, I’ll let you know that we’ve seen a script… The script for a second film is there. We’ve seen it, it’s very funny!. It’s got all the same characters in, all the regular characters, and I think the will is – COVID willing – we’ll film it next year. “

If you are that someone who loves the  historical  drama film , then do check out all about The Northman.

Principal photography was originally scheduled to take place from 12 June to 12 August 2021, in Hampshire, England, but the production started in mid-April 2021, with the intention of releasing the new film in theaters this Dec. 22 in time for the Christmas holiday.

Also Read: A Journal for Jordan is Set for the Christmas 2021

In April 2021, Focus Features confirmed it will be in theaters this Christmas.

Gareth Neame, the film’s producer said in a statement,

“After a very challenging year with so many of us separated from family and friends, it is a huge comfort to think that better times are ahead and that next Christmas we will be re-united with the much beloved characters of Downton Abbey”.

Not only is a movie sequel to the 2019 film now officially in the works after some chatter going around, but work has already begun on the project

Downton Abbey 2 is currently in the works, and the first behind-the-scenes photo from the production is here.

It’s so good to be back. #DowntonAbbey2 pic.twitter.com/OCqa6GY4cj

There’s still no trailer for this film. But, with a December release date, we can get a trailer soon. We’ll update this as soon as there’s any official confirmation about the trailer.

Less than a month after the first film premiered, The Sun reported that “a sequel is already in the pipeline” following the Downton Abbey was an unqualified hit, raking in $237 million worldwide, making it a natural  and obvious bet for a sequel.

And the movie also had “taken more than £110 million [approximately $134 million] globally despite being out for only 26 days,” with around $73 million of the movie’s box office coming from the United States alone.

That it’s finally getting one isn’t shocking and it probably wouldn’t have taken two years had the coronavirus pandemic not happened.

Now, the Downton Abbey is coming out on 22 December 2021. The news is exciting all the same.

So, these are the major information about the film. We’ll update you when there’s more ‘Downton Abbey’ news. So, stay tuned here for more updates.

Are you excited to watch it? Have you seen the first film? Did you like it? Let us know in the comments section given at the end of this post.