It is directed by Rodo Sayagues, from a screenplay he co-wrote with Fede Álvarez. The film is a sequel to the 2016’s film Don’t Breath.

Alvarez co-wrote the sequel but handed direction duties over to Rodo Sayagues who has collaborated with Alvarez as far back as his 2009 break-out Panic Attack! and also co-wrote the first Don’t Breathe—making his directorial debut.

The film is finally on the way, albeit without director Fede Alvarez at the helm, and here’s everything we know about it so far. 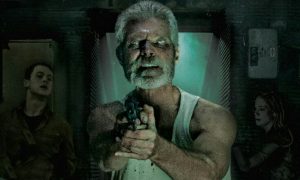 The film follows the Blind Man (Norman Nordstrom), who lives with 11-year-old Phoenix; he has recreated the family that was stolen from him by a drunk driver and has found the twisted justice he’s always felt was his due.

Their quiet existence is shattered when a group of kidnappers come to his home, this time focused on Phoenix, Norman will reveal for a second time what’s hidden inside him… and again, it will be in new and unexpected ways. 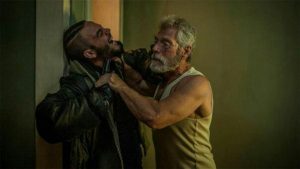 Álvarez said about this movie: “It’s exciting to see a character  you want to see more out of it. At least I do. I’d love to see the   blind man on the screen do some other things. What’s  going to happen with him in his life?”

This indicates that Lang’s blind man character plays a major part, which brings us back to the start of this story: post-production is completed.

Stephen Lang joins other two adventure science fiction films . You can check it all about these films here;

Avatar 2 | Everything You Need to Know

Avatar 3 | Everything You Need to Know

Principal photography was previously set to begin in April 2020, but was delayed due to the COVID-19 pandemic. began in  in Belgrade, Serbia. Filming wrapped on October 8, 2020.

Filming officially began in August 7, 2020, shooting for 12 weeks, in areas around Serbia, including the capital city of Belgrade. Stephen Lang revealed that filming wrapped on October 8, 2020.

According to Álvarez, by March 2021, post-production on the film was finished.

The film is scheduled to be theatrically released on August 13, 2021 by Sony Pictures Releasing.

Sony Pictures Entertainment has released an official trailer for this upcoming film on June 30, 2021.

You can watch it here:

The first Don’t Breath film involved a group of young home invaders who think they’ve found an easy score, only to discover that the blind man they’re robbing, who was underestimated by everyone because of his blindness, is very skilled at murdering people. It’s a well-made film. 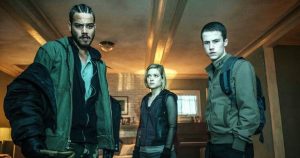 The first Don’t Breathe, which is directed by Fede Alvarez, stumbled out of the darkness in 2016 to an impressive $157 million worldwide box office on a $10 million budget.

Don’t Breathe 2 is coming out on August 13, 2021, by Sony Pictures Releasing, but don’t expect a repeat of the first movie, according to star Stephen Lang, who will be reprising his role from the 2016 horror/thriller.

But, if you want to watch any horror/ thriller movie at this time, so you can visit  horror movies  hub for the latest features..

Even though much remains mysterious, Lang says that the sequel is very much its own thing.

Still, I’m curious to see this sequel will be about in the end, but I’m also pretty excited about breathing in general.