It is written by Rob liefeld, Wendy Molyneux, Lizzie Molyneux-Logelin and Fabian Nicieza.

It is the third film in the Deadpool film franchise and it was confirmed that this film will be included in the Marvel Cinematic Universe.

A lot of questions arose when Disney bought 20th Century Fox. But one big question Marvel fans had was about the future of the Deadpool franchise.

A few short years ago, the low-budget, R-rated superhero movie paid off for Fox in a big way, becoming its most prized superhero property.

A sequel was suddenly greenlit, but the victory lap was short-lived as Disney swooped in and Fox’s future Deadpool plans were put on hold.

Marvel Studios President Kevin Feige revealed, in an interview with Collider, that Ryan Reynolds, the star of the R-rated superhero movies, is currently working on a script.

Reynolds confirmed the franchise’s next installment on his Instagram page in January 2021.

He shared a screen shot of a tweet featuring the news and captioned it: “First order of business: Find the guy who killed Bambi’s mom. #Deadpool3.”

In a tweet linking to an article with the news, Reynolds quipped: “Full disclosure: I showed them Spiderman 1 & 2 and told them it was Deadpool 1 & 2. #Deadpool3.”

But what can we expect from this film. Here’s everything we know about it so far. 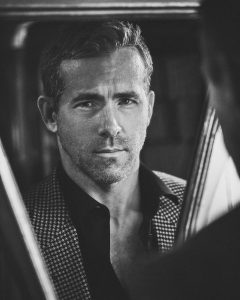 He mentioned that the studios have got a number of things they have already announced that they now have to make. But it is exciting for Deadpool 3 to have begun.

Feige asserted that it is a very different type of character in the MCU, and Reynolds is a ‘force of nature,’ which is just awesome to see him bring that character to life.

If you are looking another  movies of Ryan  Reynolds for  this time,  then do check all about these movies:

Plot details is being kept under wraps. It’s unclear how much the third Deadpool will link the previous two  movies, they were set in a separate continuity. The film is rumored to involve another popular group in the X-Men mythos, X-Force. 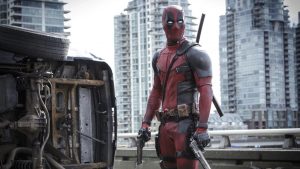 There is currently no release date for Deadpool 3.  In a 2021 interview,  Marvel Studios  figurehead Kevin Feige said that a third Deadpool movie is in the drafting stages and is not scheduled to shoot in 2021.

Meanwhile to, keep yourself updated about  Venom 2  with our article based on the latest information.

We can get a trailer, when the film is in post-production stage. But, filming hasn’t even begun on this third movie, so there won’t be a trailer for some time yet.

Yes, if you’ve seen the movie, you know that Deadpool does really die in Deadpool 2.  He has two near-death experiences — one which comes in the first 5 minutes of the movie and second which he dies for real at the end. 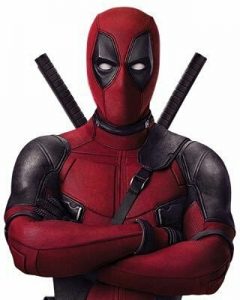 2. Who can kill Deadpool?

Deadpool is immortal. The only way to destroy him would be through thanos  removing the curse.  And then hitting his healing factor with carbonium or complete atomization. Although, marvel revealed they will be killing Deadpool.

3. Will Deadpool be in Avengers?

Deadpool will reportedly join the Avengers when he enters the MCU.

Once a production start date has been confirmed, we should have a better idea of when Deadpool 3 will be coming out.

But, if you want to watch any superhero movie at this time, so you can visit the Superhero Movies hub  for the latest features…

Bookmark this page and stay tuned here on  Filmyhotspot  for more updates as we’ll update this page with more information and promotional materials as they come out.