‘Captain Marvel 2’ is an upcoming superhero film, based on the Marvel Comics superheroine of the same name.

The film is a sequel to Captain Marvel and Avengers: Endgame. It is the thirty-first film in the Marvel Cinematic Universe and the second film of Phase Five.

Captain Marvel co-writers and co-directors Anna Boden and Ryan Fleck are not set to return.

And they have been replaced by Candyman director Nia Da Costa. This is a long overdue move for Marvel: hiring a black woman to direct one of its films. 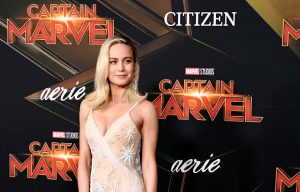 While Brie Larson will be back in the title role, the supporting cast is more of a guessing game at this point in time.

It’s quite possible that we could see appearances from the aforementioned Iman Vellani (Ms Marvel) and Teynoah Parris (Monica Rambeau). But this has not yet been confirmed.

Jude Law’s villainous Yon-Rogg made it out of the first film alive so he could potentially reprise his role. Although there’s a chance that the creative team will want to move on to more threatening villains.

The news about the movie has been under wrap as it is yet to begin production. There are speculations that Captain Marvel 2 will fill the gap between the events of the first film and Avengers: Endgame.

It will show what Carol Danvers was up to all those years.

There are rumours about Kamala Khan / Ms Marvel making her MCU debut in the sequel film. A Disney+ series is already under development on the character.

There are also speculations that this movie could take place in the current MCU timeline, which means after the events of Endgame. No official confirmation is made yet.

Talos presenting himself as Nick Fury in Spider-Man: Far From Home (2019) end scene shocked many.

It has raised several questions about the existence of Fury and on which incidents do the audiences saw the real Fury. Was it Talos all along pretending as Nick Fury’ Or he appeared as Fury’s substitute at various events’? Many questions are left unanswered.

The untitled sequel is also said to play a pivotal part in setting up Secret Wars in the MCU.

‘Captain Marvel 2’ Release date: When is it coming out?

The film is currently slated for a 8th July 2022 release date, meaning there’s still some time to go until the character comes flying back into cinemas.

However, it’s possible that the ongoing coronavirus pandemic could result in a delay further down the line, so we’ll keep this page updated as the situation develops.

Will there be a Captain Marvel 2?

Who will be the villain in Captain Marvel 2? 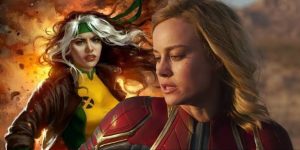 Rogue could appear as a villain in Captain Marvel 2. The power-stealing mutant from Marvel Comics is a prominent member of the X-Men and has been a longtime fixture of the group since the 1980s.

As one of their most well-known members, Rogue has been heavily involved in the X-Men‘s biggest stories for decades now.

When it comes to raw strength, Superman is more likely to outmatch Captain Marvel. Based on how their powers work, Captain Marvel is almost always at maximum capacity with her abilities whereas Superman can only grow stronger the longer he is under a yellow sun.

‘Captain Marvel 2’ trailer is not available yet. We don’t expect any footage until late 2021 because the movie hasn’t started production yet.

Finally, we have a confirmed release date for the film in the newly-updated Marvel slate, which sees Captain Marvel 2 arrive on 8 July 2022.

That’s just a few short months after Thor: Love And Thunder and Black Panther 2 – 2022 is looking to be a very good year for Marvel.

So, These are the major information about this movie. Are you excited to watch it? Do share your thoughts about it in the comments section given at the end of this post.