It is directed by Rob Minkoff and Mark Koetsier and written by Ed Stone and Nate Hopper. The film is inspired by Mel Brooks’  seminal 1974 Western comedy film  Blazing Saddles. 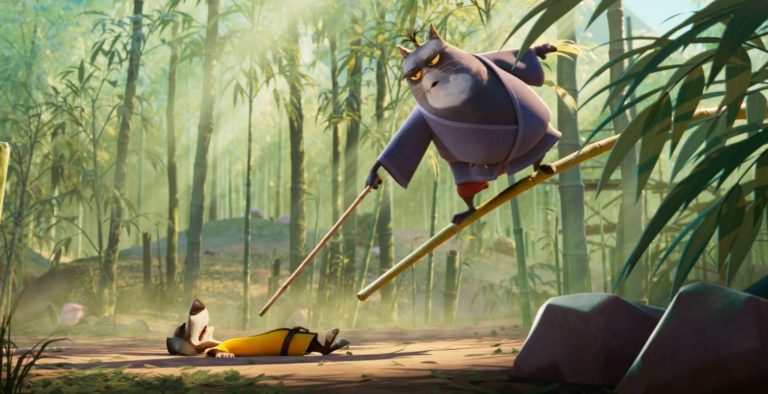 Hank, a scrappy dog with a head full of dreams to one day be a samurai, sets off in search of his destiny. Unfortunately for him, what he finds instead is the strange and unwelcoming town of Kakamucho. There, he sticks out like a sore thumb for he is a dog and everyone else is a cat.

If you are that someone who likes the dogs character in anime , then do check out all about  the  Clifford the Big Red Dog. 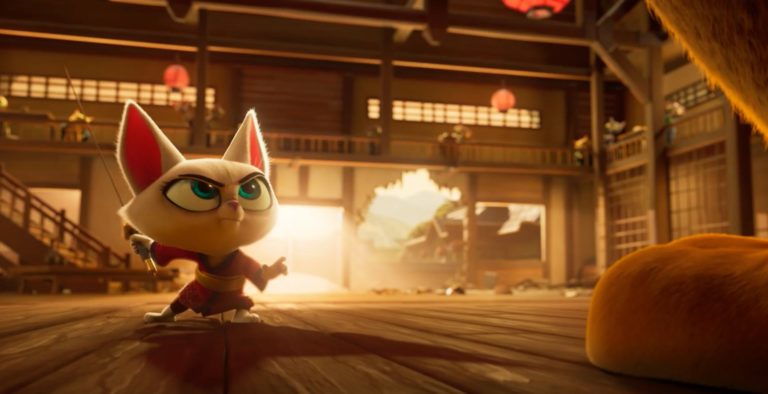 In a world of cats, he’s not sure it’ll ever happen – that is until the nefarious warlord, Ika Chu, hustles the unwitting Hank into becoming the samurai for the town of Kakamucho;  the same town Ika Chu intends to pillage. He might just do it, with a little bit of kitten luck and bowl-full of help from a once great samurai warrior, Jimbo.

This new animated comedy teaches kids and adults alike that embracing diversity is what truly makes you a hero.

Rob Minkoff said that the film is an action-packed movie that is enjoyable to both children with family.

“Blazing Samurai is a freewheeling mash-up of East and West. An action-packed comedy featuring incredible performances from our stellar cast of hilarious characters, it also delivers a great message of inclusion and acceptance. It’s sure to be a treat the whole family can enjoy”.

In November 2019, it was announced that Blazing Samurai was “at first animatic stage” at animation studio Cinesite and the production has a tentative 2021 release date.

In March 2021, GFM Animation announced the project is currently in production at Cinesite Montreal and is on schedule for delivery later this year for a 2022 release.

Trailer is not available yet, sorry for this. With a 2022 release date we’re hoping for trailer till a late 2021.

It was first reported in February 2015 that the project was in development by GFM Animation, with a release originally planned for 2017.  In February 5, 2015, the film production company Open Road Films acquired the US distribution rights to this project and it was scheduled to premiere on April 14, 2017.

Also Read: Why  is ‘The Nut Job 3’ not distributed by Open Road Films?

The movie has been made on the budget of USD 56.4 million.

Finally, Blazing Samurai is coming out in 2022.

So, these are the major information about the film. We’ll update this as soon as the release date will be announced. So, stay tuned here for more updates.